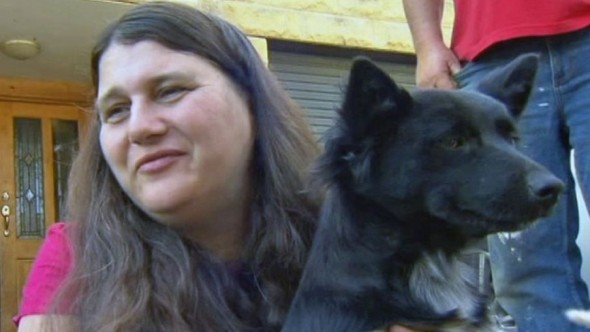 A family is happy to have their two-year-old daughter back home, safely after she decided to wander off from the family’s property.  They credit their dog who followed the child as she took off for keeping her safe.

It was at about 7:30 pm on Tuesday when two-year-old Sophia wandered off the family property.  They live south east of Melbourne in Australia.  The family dog is a one-year-old Australian sheepdog called Poppy, and Poppy decided to keep an eye on Sophia, following wherever she went.

In fact, police are saying that it was Poppy’s barks that alerted searchers to her whereabouts.  After a seven hour search Poppy and Sophia were found about 200 meters from a dam on the family’s property.

Sophia’s grandmother said, “The only thing I was thinking was well, hopefully the dog would have kept her warm.  If the dog wasn’t with her, I don’t know whether they would have found her.”

The family made a public statement thanking the searchers and emergency services for all of their hard work and effort as well.  They are very happy to be a whole family again, and said that Poppy would get an extra big, tasty treat for keeping Sophia safe and helping searchers find them.