A pair of kittens that were found in an empty yard in Sacramento, California are getting some much needed donor blood, from what some might think is a bit of an odd place.  A rescue dog called Jemmie is trying to make sure they have the best chance at a happy and healthy life, and helping with their ability to see.

Jemmie’s human, Sarah Varanini, works at the Sacramento SPCA.  In fact, it was through the SPCA that they met, and right from the start it was a match made in heaven.

Recently, someone came into the SPCA with a pair of kittens they had found in an abandoned yard.  The kittens weren’t in the best of conditions medically, and the staff knew that they were going to need help, and fast.

“We had a family come in with two kittens that they had found in their backyard, stray kittens that just showed up; they were the only two that were alive,” Varanini said.  “One had two eye ulcers in his eye, so basically eye infections that are really, really bad, squinty, couldn’t see.” 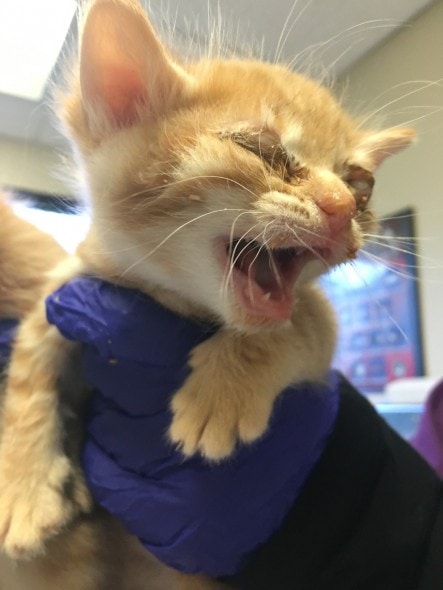 The one eye was so bad, that doctors were talking about just straight removing it all together.  Now the SPCA medical staff is attempting to save the other eye, using special antibiotics, and a serum.  The serum is where Jemmie comes in.

“In order to get the serum, we needed a good amount of blood, we get that from Jemmie here and basically we spin it down until we get the serum on top and that’s all the good stuff in blood and then we use that as eye drops for the little kitten,” said Varanini.

Considering that this is NOT a blood transfusion, it doesn’t really matter where the blood comes from, or the species donating it.  The SPCA has used this method with quite a bit of success in the past, and thanks to Jemmie, they believe they will be successful yet again.

“It looks a little better; the kitten is able to open it just a peep, and so hopefully we’ll be able to save it,” she said. 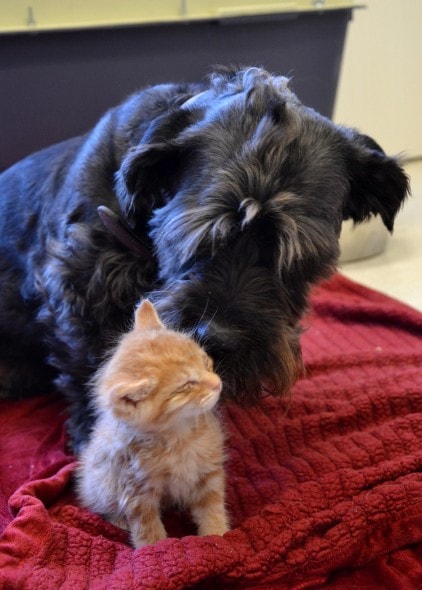 And what’s Jemmie getting out of all of this you may ask.  Well, it turns out that Jemmie really loves her new kitten buddies, and gets to spend some quality time with them after the donations are done.

“She came from here,” said Varanini.  “She’s giving back to kittens and there’s nothing she loves more in life than kittens so I know she would love to do it if she could talk.” 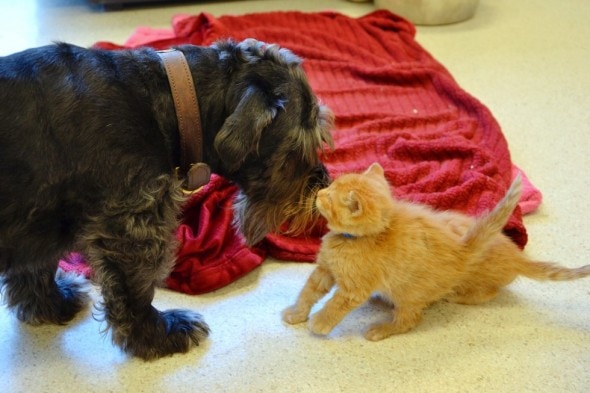