On August 3, 2014, Vimes, a playful dog, was out enjoying the day with his owners in Kilkee, Ireland, when the Terrier accidentally fell 300 meters over Lookout Point, Dunlicky near Kilkee, and needed the Coast Guard to rescue him. 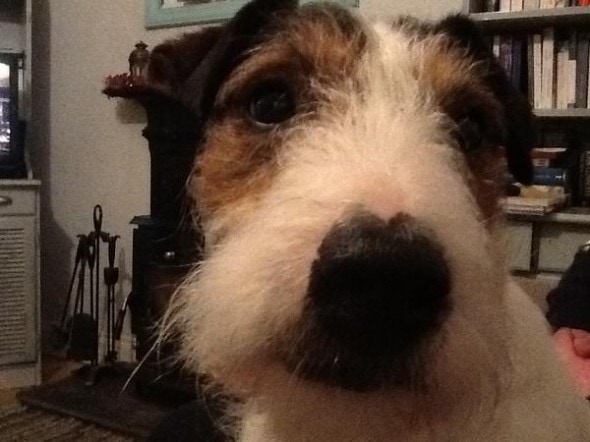 The dog fell over the cliff after losing his footing. He hit the cliff’s rocky walls and then plummeted onto the water below. Vimes’s owners were scared their pet might have lost his life, but luckily the canine survived the long and treacherous fall.

The worried pet owners and other individuals, witnesses to the fall, called authorities for help. The Irish Coast Guard was notified and a boat was dispatched to the area.

The hero rescuers, brainstormed how to rescue Vimes and bring him back to safe land on their way there, but when they arrived, they saw the dog had made his way to the shore and was patiently waiting on top of a rock for someone to scoop him to safety.

According to a Coast Guard spokesperson, the dog did not suffer any injuries from the fall. “He was fine. He’s a tough dog,” said the Coast Guard representative.

Vimes was later reunited with his grateful owners. Once home, the dog (his owners) used his Twitter account to thank his rescuers.

Vimes’s tweet went viral and since his heart-felt thank you, the dog has become an online sensation.