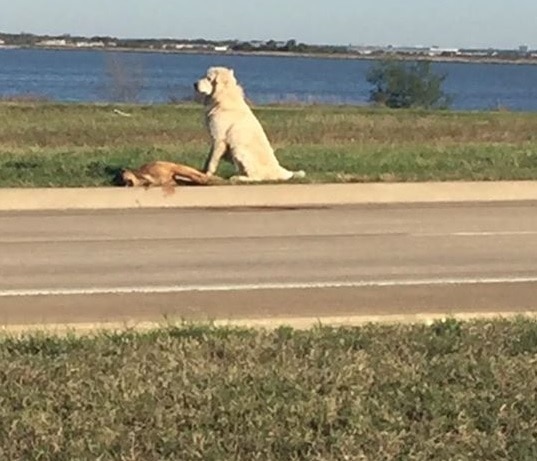 WARNING: This story may bring treas to your eyes, and if you are at work, you may want to wait until you get home to read this!

A dog was found in the Dallas/Fort Worth, Texas area, standing guard over a fallen comrade.  He was sitting by the side of the road, standing watch over the body of another dog that was presumably hit by a passing car, and had passed away. 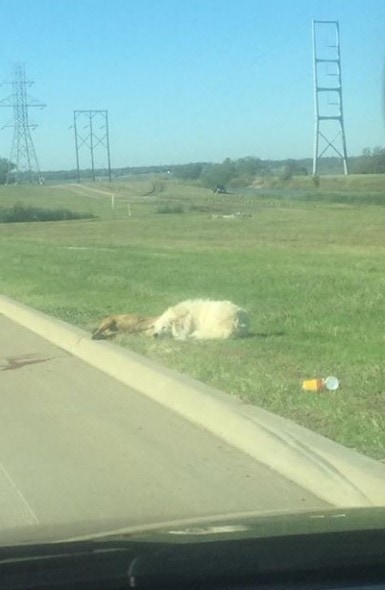 Local resident Julie Fennell was driving on that same stretch of road when she came upon the dogs and decided to stop and help.

“He was obviously being loyal to a friend who passed away and he’s mourning,” said Fennell in news interviews.  “He was just kind of sitting guard, like a statue.  Just sitting there watching over his friend’s body.  It really looks like she was hit in the road.  You can see the blood in the road, and it looks like he drug her up onto the grass out of the road.” 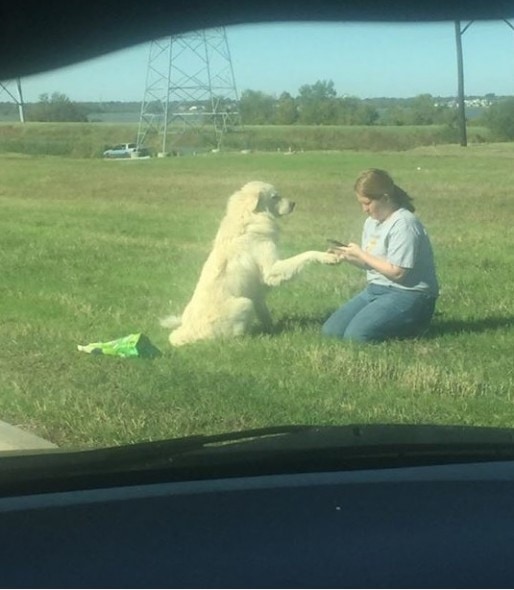 Samuel Flores, another passing motorist, stopped to check things out as well.  He snapped the photo that was used as the feature for this article.  According to him, the whole thing took place almost directly across the street from the Dallas Fort Worth National Cemetery.

No one seems to know who these dogs are, nor to what family they are part of.  It’s still unknown if the pair were siblings in a forever family and had escaped, or if the two met up as strays, and decided sticking together was a better idea than staying solo. What is known, is there was some kind of strong bond between the two that is yet to be discovered. 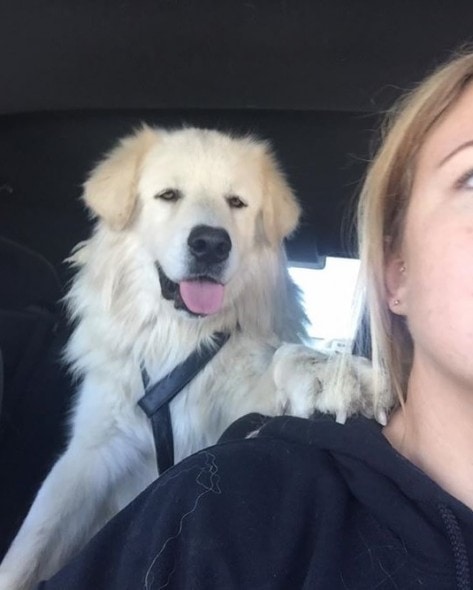 “He made a friend,” Fennell said.  “Whether it was his companion in his yard at home or whether they met up as strays, but something made him stay by her side.”

The dog has been taken to Dallas Animal Services for assistance.  He had no collar, nor was he micro-chipped.  The plan is told hold him at animal services for a minimum of 72 hours.  After that, he will be sent off to SPIN Rescue.  SPIN specializes in the rescue of Great Pyrenees dogs.