On January 29, 2016, a stray dog from Racine, Wisconsin, almost died after falling through ice on Lake Michigan, but thanks to an animal lover and authorities, Michigan, as he is known today, is alive and well.

Jennifer Pluta was in downtown Racine when she witnessed the stray stepping on to the frozen Lake Michigan. As soon as the dog touched the icy surface he broke through the ice and fell under.

Pluta called authorities immediately, but she was so worried for the dog that she was willing to jump into the lake herself and rescue him. However, authorities advised her against it.

First responders arrived on the scene and found Michigan struggling to stay afloat, but his strong will to live helped him survive.  The dog managed to swim to shore and was pulled out by authorities. He was rushed to WI Humane Society, where he was treated for hypothermia. 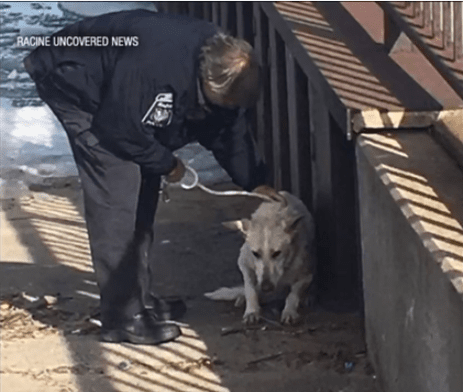 The lucky pooch spent a week at the Humane Society regaining strength and enjoying his time in front of cameras. His rescue was picked up by local news channels, and thanks to that hundreds of people called to inquire about him and offer to adopt him.

Brenda Thompson fell in love with the dog the minute she saw his rescue on the news. She visited the Humane Society daily and filled all paperwork to qualify to adopt him. 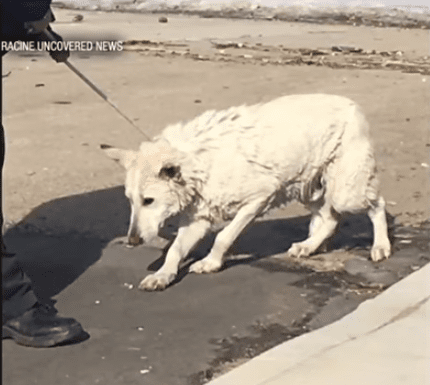 Since no one came forward to claim ownership of Michigan and his stray hold was up a week later, he was then officially adopted by Thompson.

Today he is enjoying a warm home next to his loving new forever mom and fur sibling.