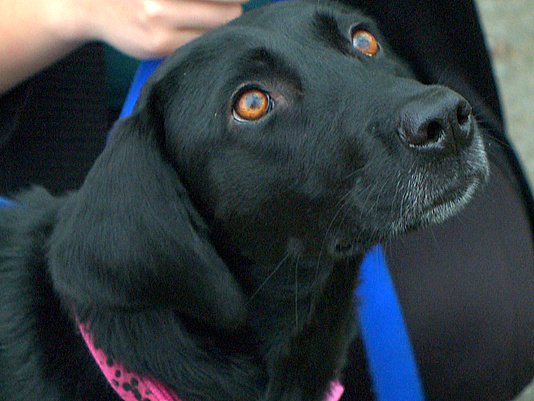 Rebecca Burley was about to go volunteer at an animal shelter on Tuesday when her dog, Roxanne, demanded to be taken for a walk.  As fate would have it, an elderly woman had gone missing, and the sagacious dog led her human right to her!

The Virginia schoolteacher was on her way out the door to spend some time at the Isle of Wight County Animal Shelter when rescue dog Roxanne begged for a walk.

“So we went out for a walk, right along our usual route around the neighborhood where we have been walking her since August,” Rebecca told 13 News Now.

But unlike every other day they go out, police were swarming around the area. 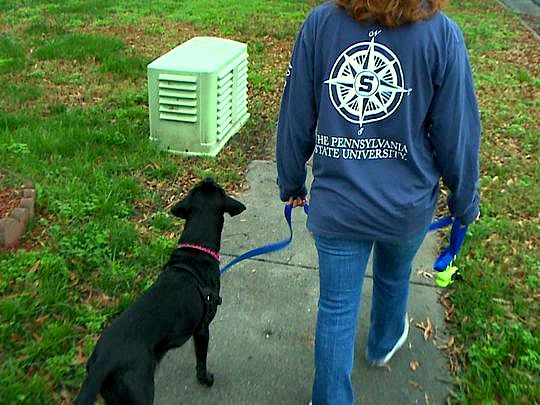 “One of the officers pulled up and asked if we have seen someone walking around in a nightgown, and I said ‘no,’ but assumed it was an elderly person.”

The pair continued along their stroll, but moments later, Roxanne dragged Rebecca over to a ditch.

“She pulled me towards a ditch, and there was a woman laying down in a nightgown, it turns out she was in some kind of distress,” Rebecca explained.

She flagged down officers to tell them they had found the woman, and paramedics were called.  Rebecca doesn’t know who she is or how she’s doing now, and hopes family members will see the news stories and let her know.

Roxanne was once rescued, and now has paid the good deed forward.  Rebecca hopes this will encourage others to adopt shelter dogs – someday they might save a life.  This one was rewarded with an extra snack that day.