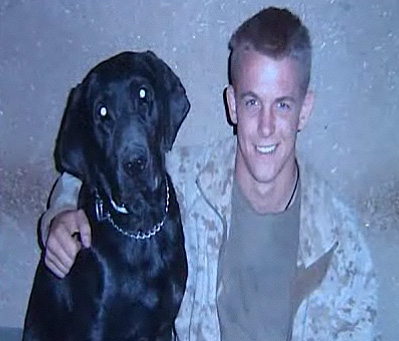 21-year-old dog handler Lance Corporal Mason Neff of Sylva, NC is recovering in a German hospital from injuries sustained in a bomb blast while patrolling a hot spot with his dog in Afghanistan.

Neff and his dog Bingo were in an area known reputed to have a high concentration of improvised explosive devices when Bingo began acting agitated. Neff’s fellow Marines said it appeared that the dog was trying to prevent his handler from approaching when the device detonated, killing Bingo and critically injuring the soldier, who is expected to be flown to the US for the remainder of his recovery.

11 thoughts on “Dog Lays Down Life For US Soldier”