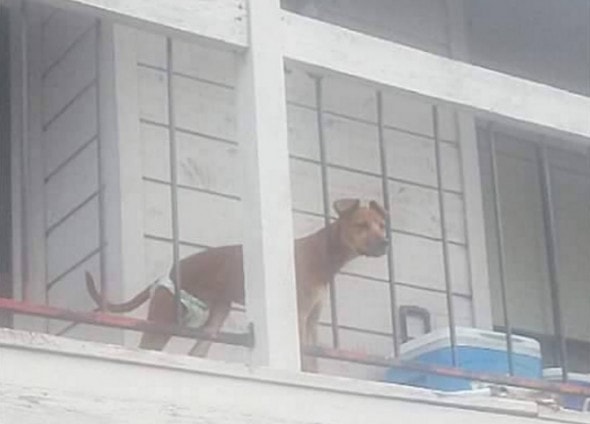 Back on 11/4 of this year we told you about a dog that was being seriously neglected.  A man in Houston, Texas was supposed to be watching a dog for a friend.  What it looked like was straight neglect.  Now that dog is back with her human, has got the medical treatment she needed, and is doing well.

The dog’s name is June.  However, many may know her as #PorchPooch.  A photo of the terrible conditions she was living in mae its way to social media outlets and sparked quite a controversy.

Several photos made it to social media.  One of the dog in a diaper, one of her with a shoestring tied around her mouth.  Once they were seen by the general public, the situation went international.

Police and animal control officers did check on the dog.  They claimed to see that the dog was in adequate health, and they didn’t charge the man that was renting the apartment that the dog was staying at. 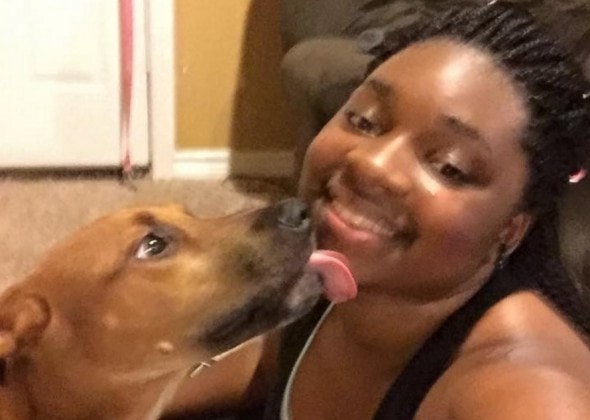 Even though the man in question wasn’t arrested and charged, one of the neighbors of the apartment block that perhaps was complaining the loudest, was arrested.  Amber Cammack spent 14 hours in lockup before the charges were dropped.  Se was not charged.

This was not the end of Cammack.  She continued her campaign to have June removed, not just from the man watching her, but removed from her human mom Essence Gainous s well.  She took to social media, along with many, many others, all letting the man and Essence know exactly what they thought of her and it wasn’t very nice.

Essence said that she had to leave June in someone else’s care.  She says that the dog was staying with Dukkie Love because she was injured, in the hospital, and lost her apartment.  She felt that it was the only way to not have to surrender June and lose her permanently.  Mr Love has since made a public apology on the popular website The Dodo.

“We both know it was wrong,” he said to The Dodo. “I’ll never make that mistake again.  It’ll never happen again.” 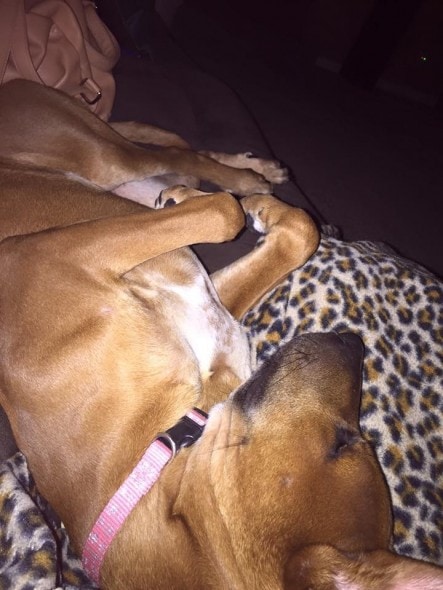 The threats and abuse that Essence was receiving via Facebook continue to this day.  She gets regular threats, and is the recipient of a lot of verbal abuse.  She told The Dodo that she felt she had no choice in the matter if she didn’t want to lose her dog.

“I was in an car accident.  I was rushed to the hospital and my car was totaled,” she says.  “And I lost my apartment.  That’s why June was not in my care.”

Today, June is back in Essence’s care.  Photos of her with June have made their way to social media, and June actually looks very healthy.  In fact, she looks like a different dog all together. 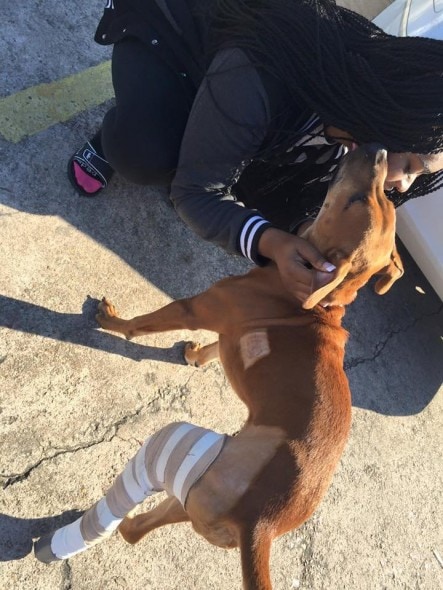