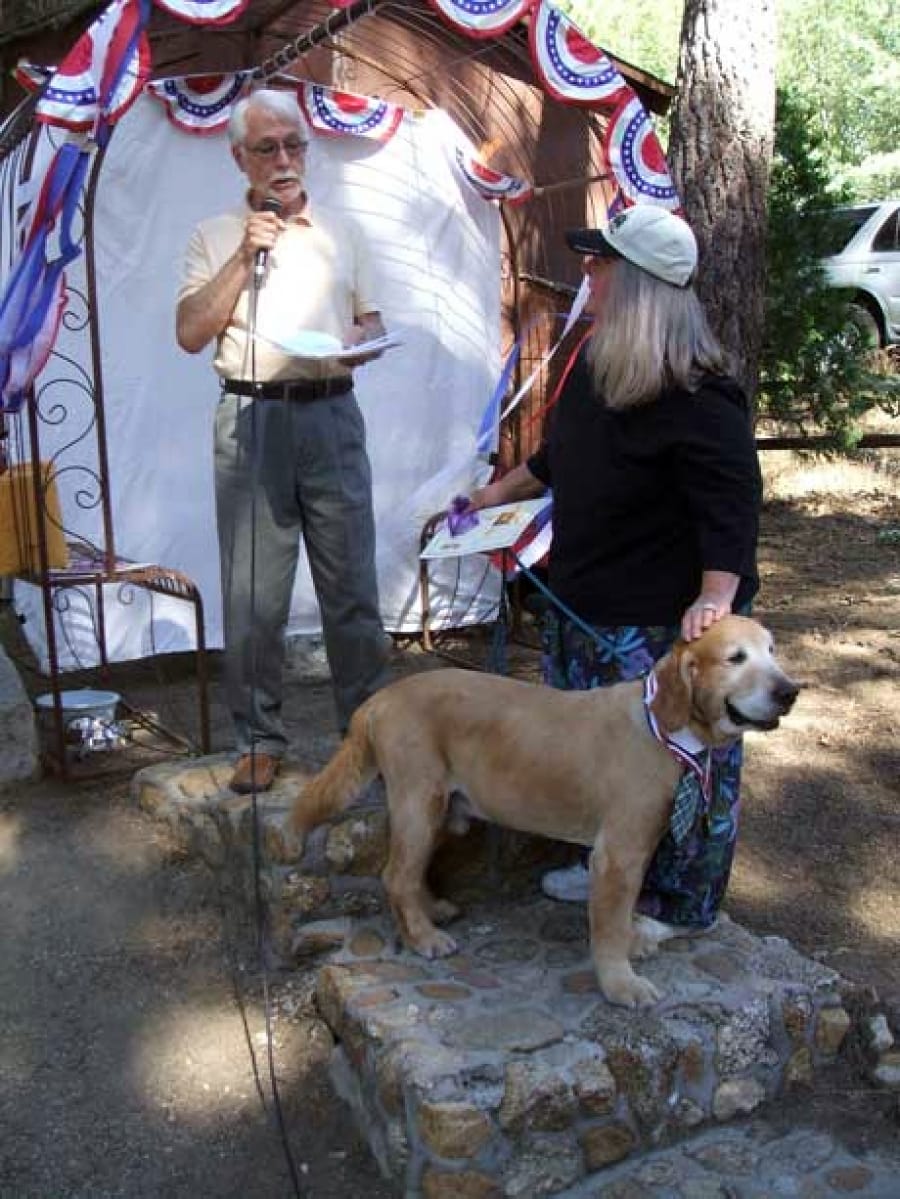 The city of Idyllwild, California has a new mayor – an 11-year-old Golden Retriever named Max. “I’m thrilled,” said Max’s owner Glenn Warren. “Max is a lover of people and will be a great mayor.”

Max landed the top dog role after winning a fundraising election that raised more than $30,000 for a local charity. Crowds cheered wildly at the announcement of his appointment.

“We’re pretty excited about it,” co-owner Phyllis Mueller said. “I was dedicated to having him win. It’s always been a fundraiser to get the most money into ARF.”

Max and his newly elected dog and cat officials were all sworn in by the following oath: “I do swear on my food bowl to execute the duties of office, so help me ARF.”

The new mayor of Idyllwild was featured in the 2012 Idyllwild Fourth of July parade to raise awareness of shelter animals in need of homes and foster parents, ARF officials said.

Joining Max are elected Vice Mayor dog Hogan and three dogs elected as council members – Chip, Ruby Doux and Roxy du Dog. A total of 11 “commissioner” posts were awarded to other dogs and cats who took part in the fundraising competition.

“Idyllwild has been without responsible government for its entire existence,” said host Marshall Smith, ‘speaking for Max’ after announcing his win. “I’m proud money in Idyllwild can both buy me love and public office.”