LONE OAK, TX – Wayne’s Lawnmower Shop is about more than an honest repair at an honest price; it’s about lasting friendships Wayne’s son, Paul Giroux, runs the business. He learned the business and took over from his father in June, when Wayne Giroux was killed by a drunk driver. 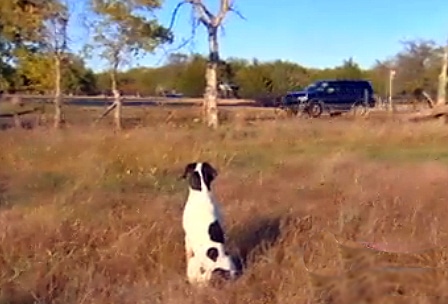 As much as Paul Giroux misses his father, there is one other friend who does not seem ready to accept his passing: his dog Spot. In a scene reminiscent of Hachi, at the same time, every day, Spot hangs around this quiet country road waiting for Wayne to come home. It’s a bittersweet reminder of the power of dog devotion, and is likely to touch many with an appreciation for man’s true best friend.