For two months Joni Leviner from City of Dillon, South Carolina, searched for her missing two-year-old Cocker Spaniel named Chip, and during all that time, she never gave up hope her pet would be found alive.

The dog went missing in April when a contractor working in Leviner’s home, accidentally left the gate open. When the dog got lost, the pet owner was devastated but felt she needed to anything and everything to find her beloved four-legged friend. She went as far as hiring a pet detective from Lost Pet Professionals to help her locate her beloved Chip. 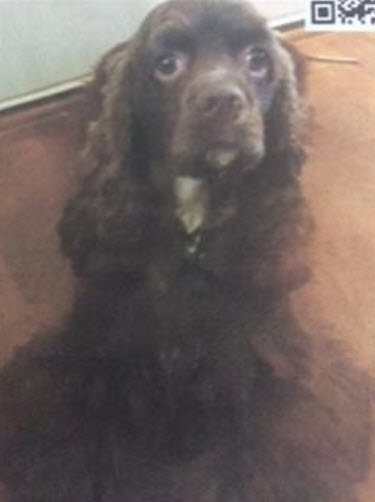 This past Memorial Day the pet detective tracked Chip’s scent to railroad tracks near Plum Street, but he was not found in the area.

On June 11, 2014, Leviner and her brother found Chip hiding under an abandoned home on Plum Street.

According to the pet owner, she heard her dog barking from underneath the abandoned house, and she decided to crawl in the space and go after her pet.

“I said Lord please do not let anything bite me. Not a snake or a spider,” Leviner told CarolinaLive.com.

With food at hand, Leviner was able to lure her pet to her. Chip at first tried to avoid and elude her, but his hunger was stronger than his own fear.

Once he was safe in his owner’s arms, Chip went home, ate a well deserved meal and took a relaxing bath. He had lost some weight from living on the streets and had some wounds on his body, but overall he was in good health. Leviner planned on taking him to her vet and get him fully checked.