A Michigan family is demanding the safe return of their family pet after a thief stole it and left a note behind explaining the theft.

Adriana Perez said her Husky, Aspen, disappeared from her Benton Harbor back yard, and in his place was a letter criticizing her for being a bad dog owner for leaving him in a dog house alone.

“I wanted to write to you and explain to you why we took your dog,” it reads. The letter declares that pets are pack animals and require companionship. It was signed, “Sincerely, someone who loves all dogs.”

“To leave a letter, it was a slap in the face,” said an angry Perez. 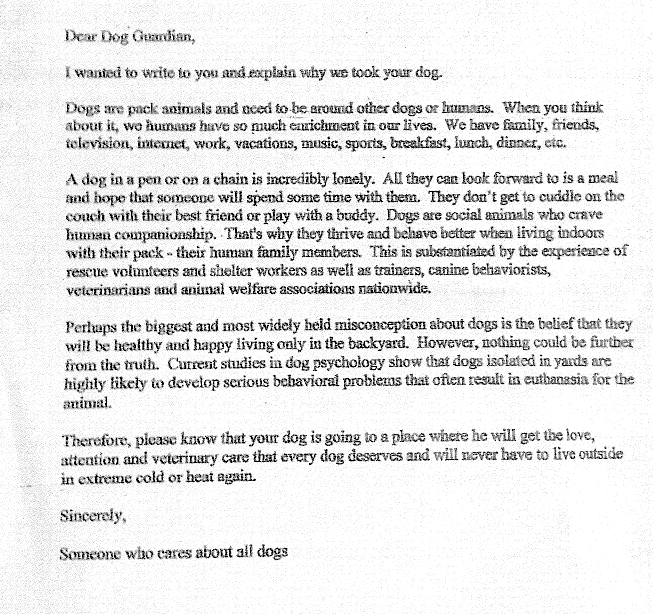 Dogswell
Dog Emotions
Prednisone for Your Dog
Dog food for Vizslas
Weruva
Dog Food for Brittany Spaniels
Satos are Puerto Rican Street Dogs, and You Can Adopt One
Do German Shepherds Smell? Why & How to Make Them Smell Better