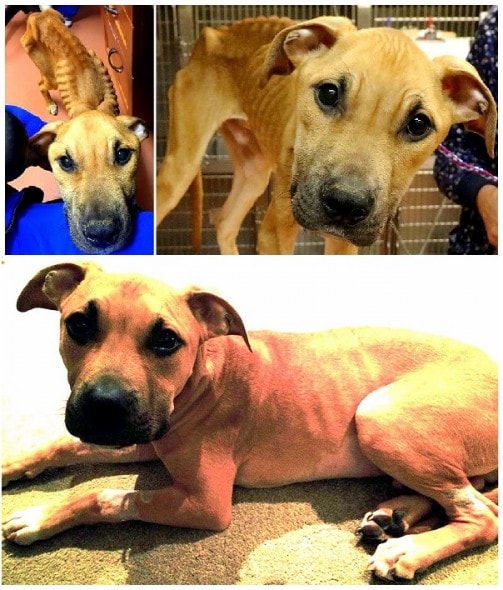 In the beginning of January, a dangerously emaciated puppy named Butterscotch was rescued from the streets of New Jersey.  He was 23 pounds and on the brink of death.  But now he has doubled his weight, and is happy, healthy, and in need of a home. 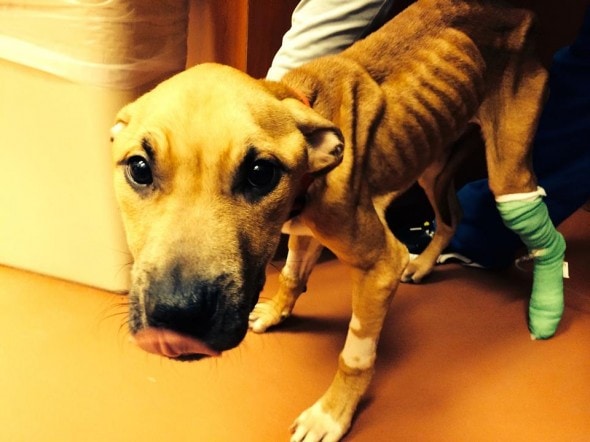 “Butterscotch needed urgent emergency veterinary care that was beyond the scope of what we could provide at our shelter,” said Saunders.  “We know from working with Animal Alliance over the years that they would give him the very best care, to give him the best chance at survival.”

He was taken to Crown Veterinary Specialists to undergo over $7,000 in emergency surgery and additional treatment over the next 10 days.  In his time on the street, Butterscotch had eaten a number of indigestible objects that needed to be removed from his intestines. 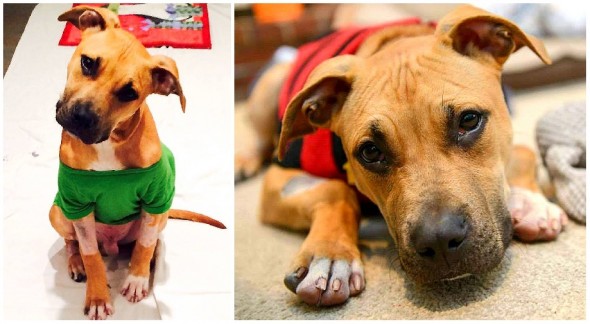 Before the surgery could be performed, Dr. Wendy Ross ensured that his body temperature, blood sugar, and electrolytes were stable.  Then an enterotomy was performed to remove the foreign objects.

“In the 20+ years that I have worked in animal welfare, I have never seen a dog as emaciated and malnourished as Butterscotch,” said Anne Trinkle, Executive Director of Animal Alliance. “He was in a dire situation and without the proper care he would have died. “We now need to raise funds to cover the cost of care for Butterscotch, so that with those replenished funds, we can help the next injured or infirm animal. It is the generous support of donors that make the lifesaving programs at Animal Alliance possible for Butterscotch and so many other animals.” 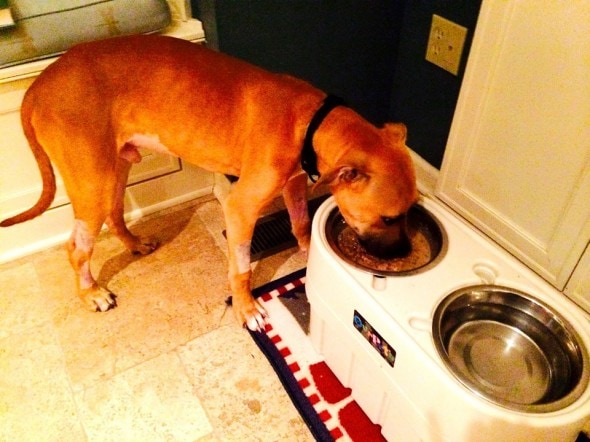 Afterward, a careful diet had to be followed so Butterscotch’s stomach could heal.  He was sent to a foster home in Pennsylvania, where he steadily gained weight and learned to socialize and love.

Today this pup weighs 48 pounds, just a few pounds shy of his ideal weight.  He is incredibly playful and loving, and is now ready for a forever home. 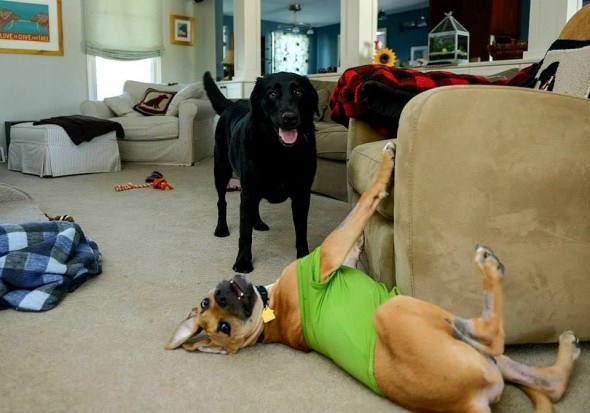 “Our dear Butterscotch who we nursed back from starvation, is in need of a new adoptive home. After a couple of days in what was going to be his permanent home, a few things became apparent — Butterscotch clearly missed the companionship and friendship of his dog-friend in his foster home.  We know now that Butterscotch needs another dog of his size to play and romp with,” Animal Alliance said. 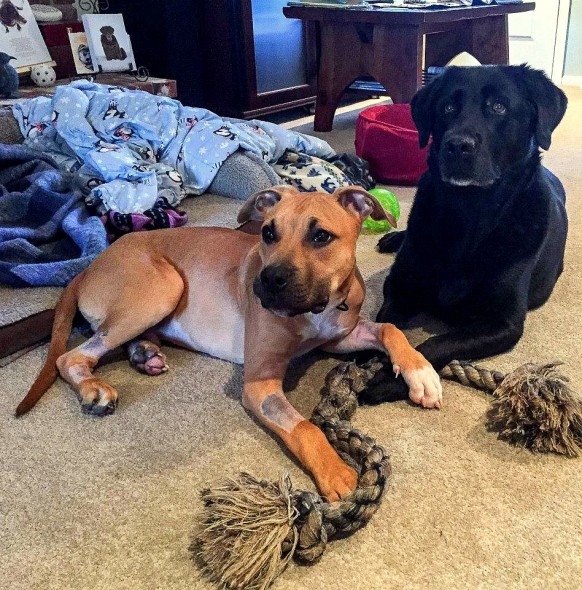 “Secondly, the family’s cat went into hiding and is refusing to meet Butterscotch, probably because of his high energy level. So, we are recommending either a cat-free home, or a home where the cats are dog-savvy and understand that just because Butterscotch is a puppy and has good energy, he is not interested at all in chasing a cat. Butterscotch’s current family has kindly agreed to hold on to him while we search for a new home for him.” 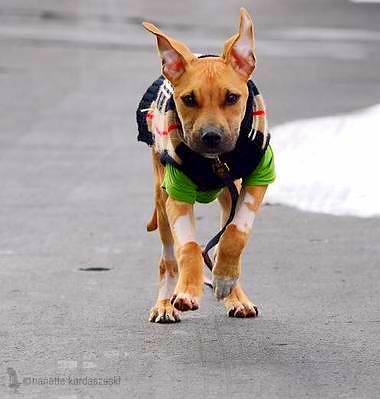 Anyone wishing to make a donation towards Butterscotch’s care may click here.

If you live in the New Jersey area and are interested in adopting Butterscotch, please click here.