Saxton, as you’ll see below, kept her cool as it sauntered through, wondering aloud whether it was a dog. Viewers piped in immediately, with many suspecting it could have been a mountain lion. There was much debate about it in the aftermath….

Terrifying ? A dog, maybe a mountain lion, made it’s TV debut during my morning live shot!!! What animal do you think this it is? pic.twitter.com/gklGAGHH5e

Biologists were called in to end the debate, and headed out to the area to assess, looking for tracks that would identify the creature, which no one could positively ID based on the video alone. Indeed, in places it was difficult to tell.

After investigating, Utah DWR determined that it was a dog that walked through the live shot, not a mountain lion. Reporter Saxton tweeted an update from her own account with a photo of the pup that the owner sent in, confirming that it was a domestic canine and not a feral feline! 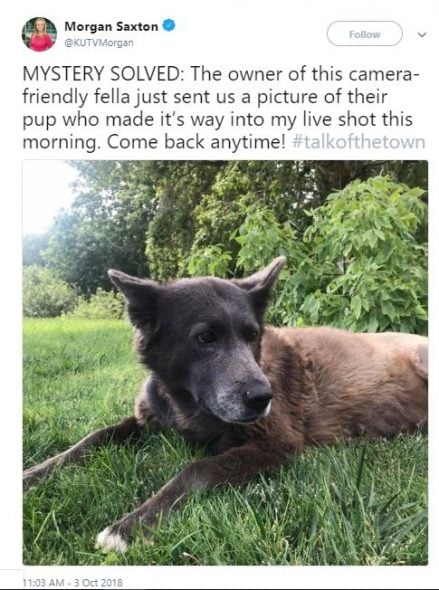