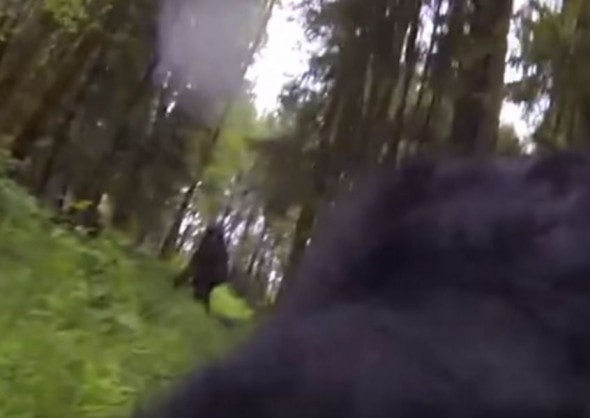 Some of you may believe in the existence of creatures like Bigfoot, and many of you probably don’t.  However, the newest footage gathered of the mythical beast is actually quite convincing, and this time it wasn’t captured by a human!  Someone outfitted their dog with a GoPro actin mini-cam while on a walk in the woods, and the results are impressive.

Most pictures and videos of Bigfoot, sometimes also known as a Sasquatch or Yeti (although that’s usually in the Himalia’s) captured by humans are quite pixelated or obviously faked.  This also is not the single clearest evidence submitted for the creature’s existence, however, among everything we’ve seen, this is pretty good.  Better than most at least.

What do you think?  Is this the best evidence for the existence of Bigfoot that you’ve seen?  Do you have any pictures or video of Bigfoot?  You do think Bigfoot is just a myth?  Share with us in the comments below, or on our Facebook page.