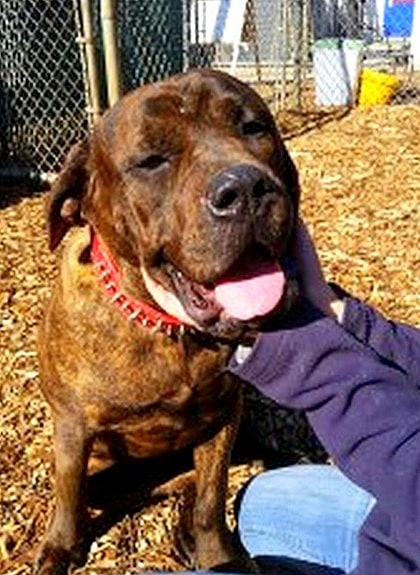 Two dogs were found in Washington, DC on Wednesday morning – one of them injured and lying in the road, the other valiantly guarding her friend until help arrived.

According to WTOP, traffic reporter Reada Kessler noticed the road obstruction and put in a call to Tyrone at the District Department of Transportation’s Road Operation Patrol.  He found the dogs, and blocked traffic with his truck until the Washington Humane Society arrived.

WHS’s Scott Giacoppo says the injured male dog appears to have been struck by a car, but the damage to his hind leg is not life-threatening.

Both dogs are thought to be Perro de Presa Canario mixes.  Both have collars, but neither have tags or microchips, so in the meantime, they are being called Barbie and Ken.

They are being treated by a veterinarian, and their owner has one week to claim them.  After their hold is up, they will be evaluated and put up for adoption.