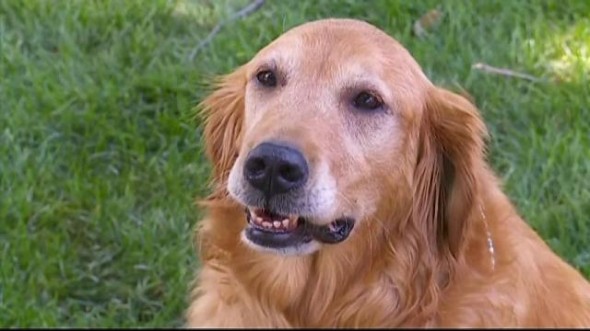 A Golden Retriever is lucky to be alive after ingesting 2 pounds of rocks. A 2-hour emergency surgery saved his life.

Last Wednesday a 7-year-old Golden Retriever named Gordon got into some rocks in his yard. Gordon ate 16 of them, a number that shocked veterinarian Dr. Jeff Yu.

“You don’t see too many dogs that eat this many rocks usually,” said Dr. Yu. “Most dogs will stop after one or two, but Gordon certainly had quite the hankering for some rocks.

“I opened up the abdomen and went into the stomach,” said Dr. Yu. “You could feel and hear the rocks moving around in there.”

Gordon will make a full recovery.