Police in Desenzano, Italy intend to file charges against a pet owner for burying his dog alive. They say the weak, battered dog was saved 40 hours after his burial when neighbors heard whimpering coming from the ground. Officials say the dog had been thrown in a 2 foot deep hole and covered with soil and bricks. 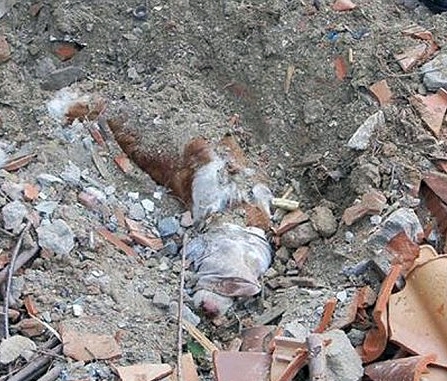 One rescuer said: ‘It was sickening to see such a lovely animal abused in such a cruel way. His owner admitted he’d buried him there the day before but couldn’t say why.’ 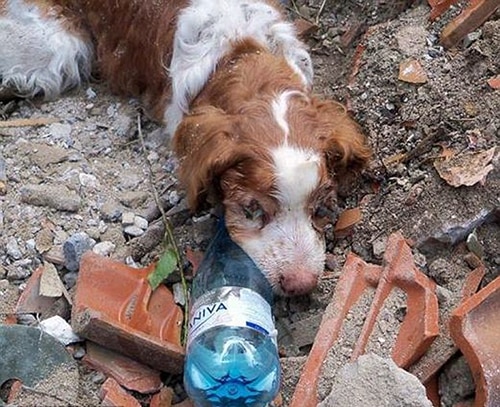 The Brittany spaniel is in the care of a local animal hospital and does not appear to have any life threatening injuries. The owner said he believed his dog was dead and that he was simply disposing of the remains. Police are not convinced. “His owner is to be charged with deliberate animal cruelty and if convicted will lose the right to own a pet again,” said a prosecutor’s office spokesman.

12 thoughts on “Dog Rescued 40 Hours After Being Buried Alive”