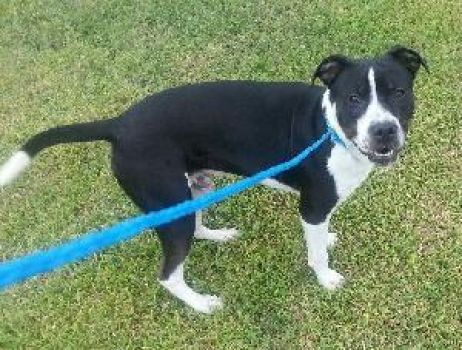 Houston police are searching for the persons responsible for tossing a live dog in a dumpster earlier this month.

A surveillance camera captured two males approaching a trash receptacle at a U-Haul business at about 1 am on August 12. A third man carried a black and white pit bull mix to the bin and maliciously threw him inside. One of the first two men then closed the lid, and the three of them fled in a white or gray four-door SUV. 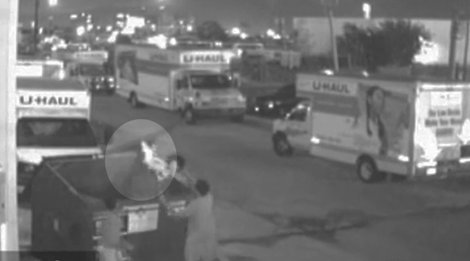 The dog was trapped for several hours. He was released by the general manager of the South Gessner U-Haul facility, who heard the dog barking as he arrived to open for business in the morning. He and another employee removed the dog and took it to a veterinarian.

HPD officer Suzanne Hollifield is disgusted by the men’s actions, and said they could have dropped the dog off at a shelter if they didn’t want it.

“I think the behavior is totally unacceptable,” she said.

Clinic staff found someone to adopt the dog, and police are now searching for the perpetrators. Anyone with information is urged to call the HPD Major Offenders Division at 713-308-3100 or Crime Stoppers at 713-222-TIPS.