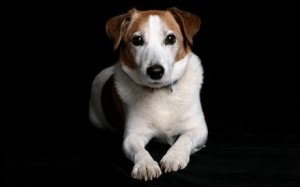 A British kennel worker was shocked to have a dog returned to the facility just 48 hours after it was adopted, and was horrified at the explanation given by the woman who returned the dog for ‘clashing with the curtains.’

The woman (who has not been named) adopted a Jack Russell named Harvey from the Jasmil Kennels and Cattery in Kent,  but brought the dog back just 48 hours later. Barry Shuttleworth, who runs the kennels, said “We had a woman come to see us a number of times, who loved a little Jack Russell we had called Harvey. It was perfect for her and she took it home. But she brought it back two days later saying it clashed with her curtains and thats why she didn’t want it.”

Shuttleworth’s, wife Corrina, said there had been a number of dogs returned for the wrong reason, but that this case was especially callous. “We told her to put him in another room, but two days later she brought him back and said she had spent a lot of money on her curtains and that she didn’t want Harvey any more.”

Mr Shuttleworth added: “Some people just don’t think about why they want a dog, and they need to so that so many dogs don’t end up unwanted. I would urge people to consider the implications of rehoming a dog before deciding on any action.”

62 thoughts on “Dog Returned to Shelter for ‘Clashing With Curtains’”