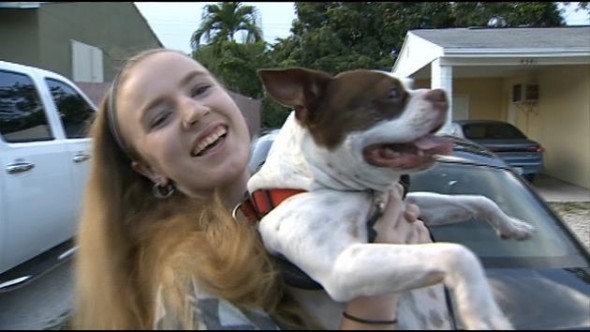 A woman from South Florida has been reunited with her Boston terrier after seven years of separation.  Lola was assumed to have run away from home, and Julie Arango, Lola’s human, didn’t think she’d ever see her dog again.

However, Lola is back home with her family.  According to Linda Gall, a former vet tech, someone was trying to give Lola away on Craigslist.  This person had cared for Lola for the entire seven years she had been missing from her family, but for whatever reason, didn’t want her anymore.

Gall took Lola to a local veterinarian.  That’s when the micro chip embedded in Lola was discovered.  The information on the chip was still valid, and that allowed the vet staff to get in touch with Arango, and Lola could finally go home.

Arango told news outlets that she thought that Lola would never be returned to her family.  As time went by, Arango knew that it was becoming extremely improbable that she’d see her dog again.  After getting the phone call, Arango and her 19-year-old daughter, Celina Papas, drove from their home to Fort Lauderdale, Florida for the reunion.

Lola is finally back home where she belongs.  Arango and her daughter are still amazed and remain very grateful to the people that helped Lola survive for the seven years she was gone.  Remember, it doesn’t usually cost much, if anything at all, it’s always a good idea to keep the information on the chip current.  Sometimes, that’s all anyone has to go on when it comes to simple identification of a missing pet. 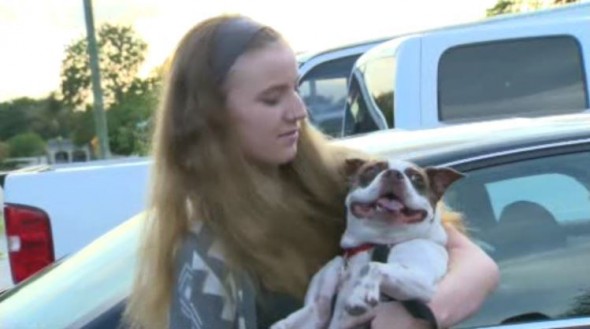