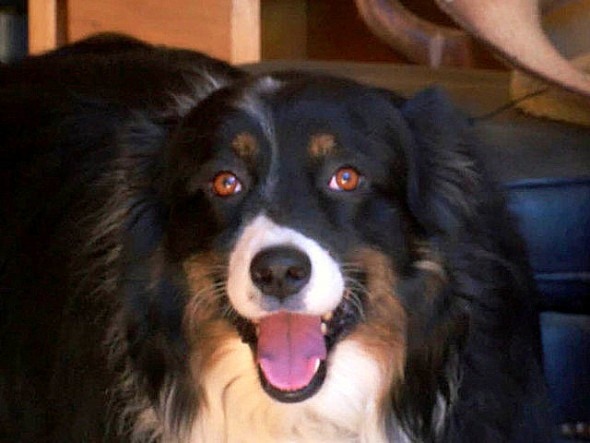 A California woman says that had it not been for her friend’s dog, she might not be alive today after coming face-to-face with a man who was robbing her home.

Gloria was watching her friend’s dog, Molly, and had returned to her Valley Center home on Wednesday with her when she was surprised by an intruder.

The man’s pockets were bulging and his hands were full of her belongings.

It was a tense moment, and then Molly intervened.

“She just got him! She just stood between us like, ‘You’re not going to get my mom, no way!’”

Molly bit the burglar on his ankle, but he was able to get away from her.  Molly pursued him to the gate, but she was unable to leap over it to follow him.

“And he fell over the white picket fence and he was throwing stuff out the whole time, out of his pockets, all this stuff,” Gloria said.

He left a trail of loot behind him.

“It’s like she was just trying to get him out of here or away from us,” Gloria said of the heroic dog.

She says the dog earned herself a steak as a special reward.

“I was going to have it for myself, but she deserved more than I did,” the woman said.

Sheriff’s deputies are requesting that people should call 911 if they see the man, who is described as being about 5’6” with a dark complexion and a ponytail.