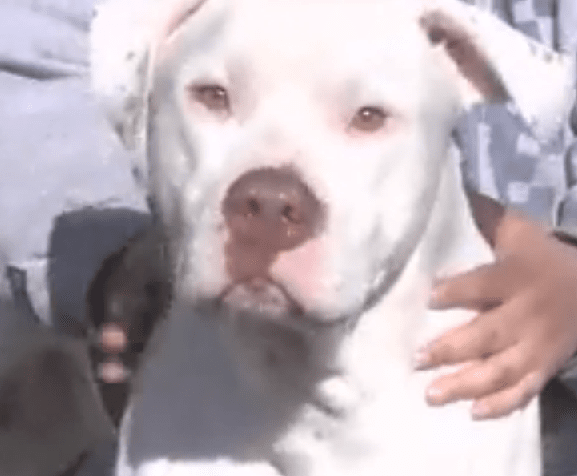 A fire in Niles, Michigan could have been a lot worse if a dog named Hector hadn’t come to the rescue. Not only did his barking alert his neighbors to the fire in their home, but he lead their four children to safety.

Shell went outside to see what Hector was alarmed about. Hector immediately ran over to her neighbor’s home and Shell followed. “All of a sudden we came around the corner and we saw smoke coming from the house next door,” said Shell. She immediately called 911 as Hector continued to bark at the neighbor’s home.

Then four children came running out of the home and Hector stopped barking.  The children had been sound asleep until Hector’s barking woke them up. Shell told the children to grab onto Hector’s collar and then she told Hector to go home. Hector immediately led all the children to the safety of Shell’s home. “I have never seen him react like that,” said Shell. “He was on a mission, he wasn’t trying to hurt anybody, he was trying to help.”