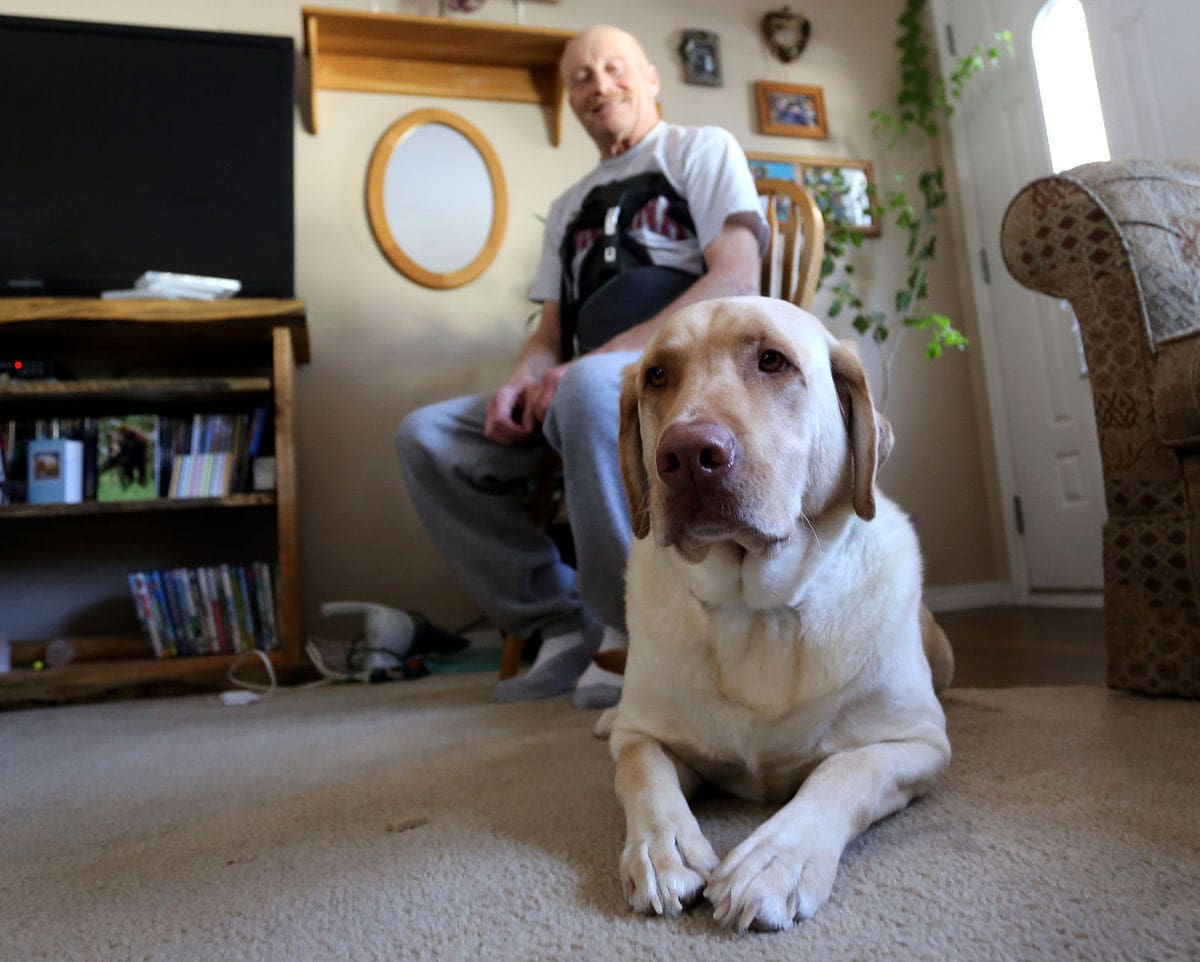 Larry Robinson is thanking his lucky stars today, and his dog, Oso.  Robinson had fallen asleep while behind the wheel of his truck.  After surviving the initial crash, Oso left to get help, and not a moment too soon.  Thankfully, there was a convince store not far, and Oso was able to bring people back to rescue his human.

Almost immediately after the crash took place, Robinson’s dog took off from the scene.  He must have realized that he himself didn’t have the means to save his human, but he could go get help.  He got to a store, where Bonnie Widder was in her car waiting for her husband to come out.

“It was really, really cold out that night,” Widder said.  “When my husband came back outside, I asked if he had seen the dog.  I didn’t want to take off and just leave it there in the cold.”

After looking around to see if anyone nearby had been looking for a dog.  What they found was Robinson’s vehicle upside down in a field across the street, and Robinson bleeding in the snow, unconscious.  They called 911, and went over to Robinson to administer whatever aid they could until help arrived.

Robinson was tended to by the Widders until emergency services could arrive.  He was taken to the hospital, and in the end he survived.  Had Oso not taken off and just stayed by Robinson’s side, it is very likely that he wouldn’t have survived the crash.