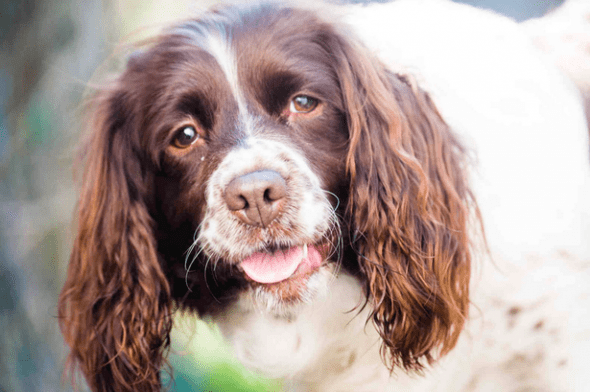 Rachel Hayes began to choke on a piece of candy at her home  and thought she was going to die, but then her dog Mollypops came to the rescue. Sensing something wasn’t right Mollypops jumped on Hayes back until the candy dislodged and Hayes could breathe again.

Rachel Hayes was terrified when she began choking. She was unable to breathe and didn’t think there was any way for her to get help.

“It got stuck in the back of my throat and I couldn’t get it back up,” said Hayes. “I couldn’t phone anyone because I couldn’t talk.”

Mollypops knew something was wrong and started to try to help. At first Hayes pushed her away not thinking Mollypops could help.

“But she kept coming around me because she could see I was trying to get something from my throat,” said Hayes.

Mollypops came up behind Hayes and jumped onto her back with her paws. Mollypops efforts worked and the candy dislodged.

“I just burst out crying and said, ‘I love you.’ She came over for a cuddle and I cuddled her,” said Hayes. “I told her she was a hero.”

Hayes has spoiled her hero with treats and a new toy. Although Hayes doesn’t think Mollypops realizes that she saved her life, Hayes is still telling as many people as she can about Mollypops heroics.