For the second time in as many weeks, a hunter is recovering from a gunshot wound inflicted by a family pet. 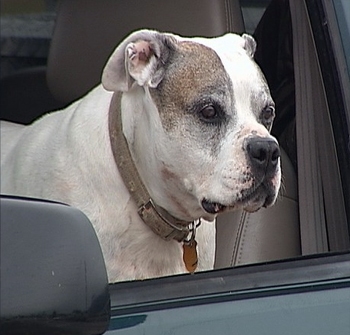 According to the Florida Fish and Wildlife Conservation Commission, 78-year-old Billy Brown was driving his pickup truck to a favorite deer hunting spot with his dog Eli in the cab. According to authorities the pair were nearing Brown’s deer stand when Eli became excited and ran around the inside of the truck, stepping on and releasing the safety and firing a single shot into the thigh of his master.

The powerful Browning .308 rifle inflicted a life-threatening wound. Fortunately, a longtime hunting buddy of Brown’s was nearby and came to his aid, calling 911 and likely saving Brown’s life.

Brown was transported to St. Joseph’s Hospital in Tampa, where he underwent surgery: a family member says the hosipital has listed his condition as critical.

“The victim was quite fortunate that he had help and was able to get immediate, life-saving first aid and get some assistance here,” Lt. DeLacure said.