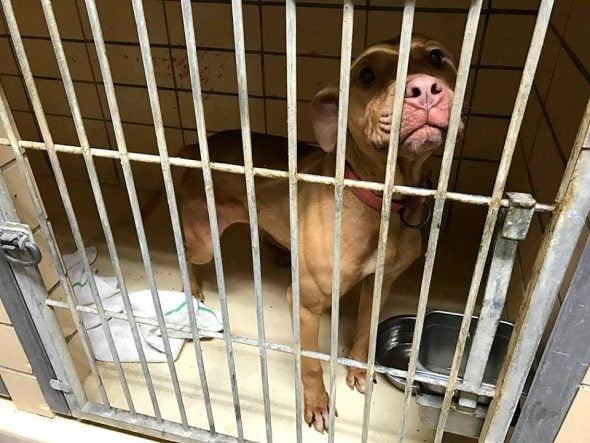 Sandy spent nearly a year at an open access shelter, and was pulled by Trio Animal Foundation just before Christmas.  She needed treatment for her “happy tail,” which was continuously split open because she just couldn’t stop wagging it.  Eventually it had to be amputated, but this wiggle butt didn’t mind.  And now this superbly happy dog can shake her booty all day long in her new home!

AFTER SPENDING A YEAR OF HER LIFE AT AN OPEN ACCESS SHELTER… SANDY HAS FOUND HER FOREVER HOME! 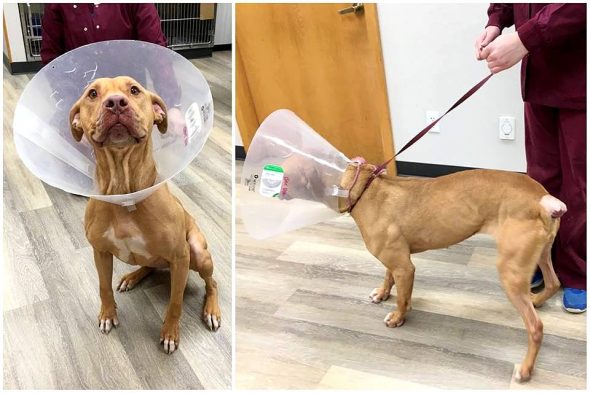 Just before Christmas, TAF reached out to our followers and asked for financial support so that we could responsibly pull over 20 dogs from an open access shelter.

One of those special dogs was a pup named Sandy and she had been at the facility for a year… actually 362 days! During this time, Sandy was receiving treatment for her extreme “happy tail.” Happy tail is where the end of a dog’s tail splits open from wagging so hard and hitting a wall, side of a cage, etc. 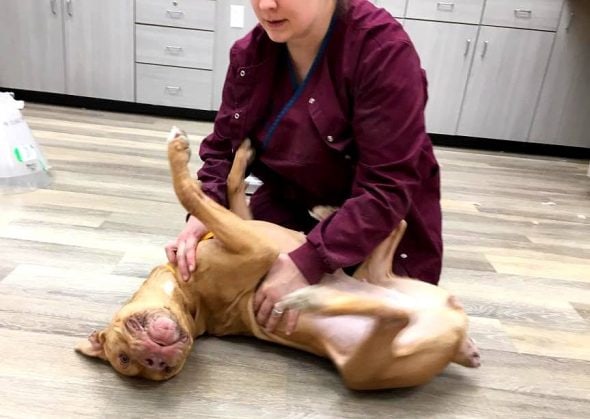 Once in TAF’s care, we were able to get Sandy advanced medical care for her tail. For the first two weeks, Sandy was going to the vet for specialized cold laser treatments and bandage changes. In addition to this, she was taking antibiotics and anti-inflammatory medication.

Unfortunately, the infection in the 8-inch long open wound on Sandy’s tail became worse to the point the bandage needed to be removed. The infection went almost all the way up to the base of her tail and was getting really gross despite our best efforts. The only option left was to amputate her tail up to the base. 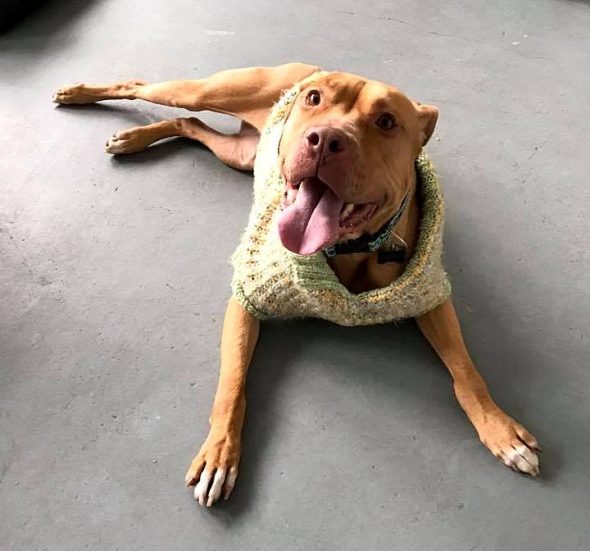 Well, after her surgery, Sandy was as good as gold! She was wagging her new nubbin tail around and acted as though nothing had ever happened. This… this was the moment that her new life officially began!

We are beyond thrilled to announce that Sandy has found her forever home! Sandy has a wonderful new mom that adores her and will never know the feel of a cold shelter floor again… just as it should be. 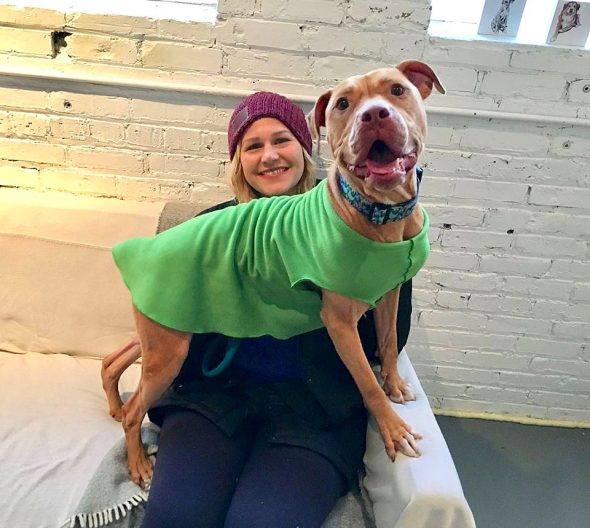