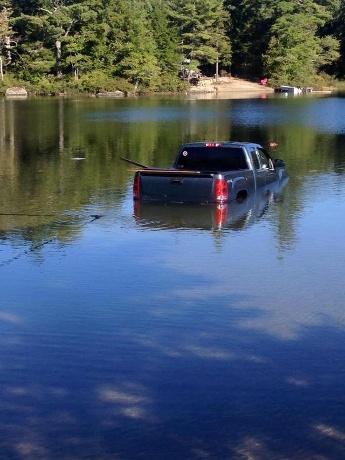 When a man stopped by a nice, quiet country lake, we’re sure he never imagined he’d be trying to pull his truck out of said lake later that day.  Well, that’s exactly what happened.  After putting his dog back into the cab of the truck, which was running, the dog knocked the truck into gear, and into the lake!

Police reports state that the man said he stopped by the lake to let the dog stretch a bit, and the other person he was with wanted to take some pictures.  While doing so, someone else with a much bigger dog showed up.

That’s when the man got the idea to put the dog in the truck, so as to avoid any canine confrontations.  He opened the door and put the dog inside, and went back to what he was doing.

Moments later, he got to see his truck roll into the lake, dog still inside.  There wasn’t much that could be done from there, except to call for a tow truck.  The truck was sunk into roughly ten feet of water, and about 75 feet from the shore.

The dog and truck were rescued.  No one was injured, but we’re sure the dog at very least was a bit confused by everything going on.  The truck is a total loss, but according to the truck’s owner it doesn’t really matter, as long as his dog is OK. 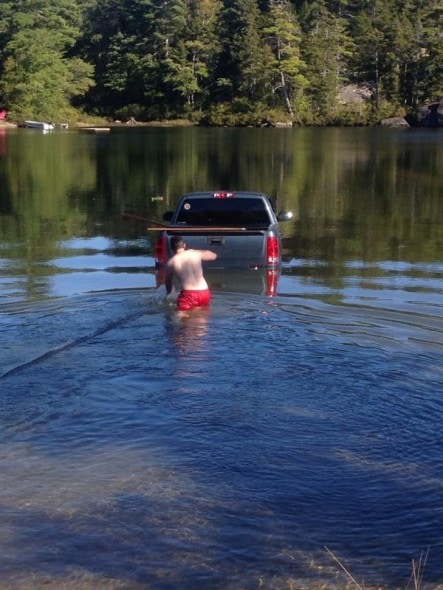