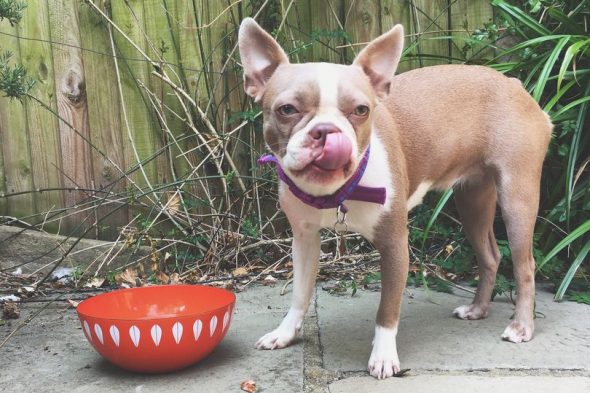 Grace Sharpe is a teacher at Sancton Wood School in Cambridge, UK where her dog Edie, a Boston terrier, was also often found hanging out with students.  That all changed a few days ago, when two local drug addicts stole Edie and then sold her for cash to buy more drugs.  Thankfully, after much dedication and “two days of detective work,” Sharpe was able to track her down and get her back. 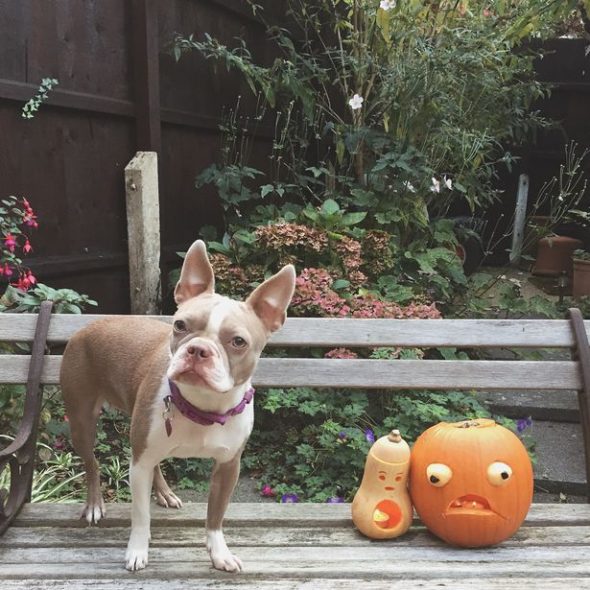 The 18-month-old dog was originally described by police as a French bulldog, but she is a Boston terrier.  According to official reports, Edie was taken by a man and a woman not far from the school in St. Pail’s Road, off Hills Road, sometime around 6pm last Saturday.  Sharpe immediately started patrolling the streets looking for Edie, talking to any and all of the local homeless she could find.

It didn’t take her too long to find out that two people were seen taking Edie away from a property not far from the school at all.  It also didn’t take very long for her to be told that Edie was also seen being sold to three men in the local market square in the early hours of the following day.  According to the homeless people telling Sharpe of Edie’s fate, the homeless pair (who admitted to be heroin users) got $70 for Edie. 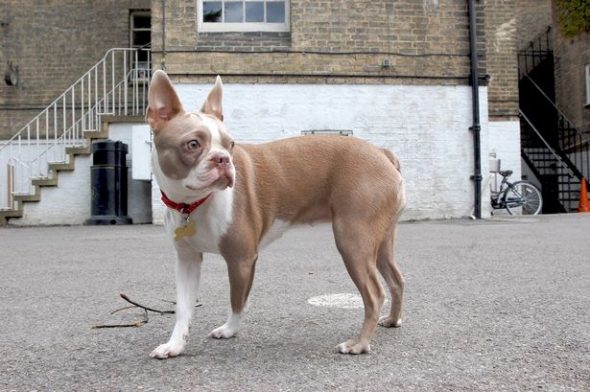 “It took me two days of detective work but eventually I found them. They said they found Edie outside the school and then sold her.  I am devastated and my nine-year-old nephew is devastated.  We all are. She was a member of the family.  I just hope the police can look at the CCTV in the market square to find out who may have her.  I would ask the people who do have her to please hand her back.”

Sharpe also said, “She’s very friendly as she’s been trained as a classroom dog since she was a puppy at Cambridge International School where I used to work, and now at Sancton Wood School where I’ve been teaching since September.  She disappeared from the school playground at Sancton Wood Upper School on Saturday evening at 6pm, and was taken by a young homeless couple.  We have had reports that she was offered for sale outside of the YMCA and on the market square on Saturday evening.” 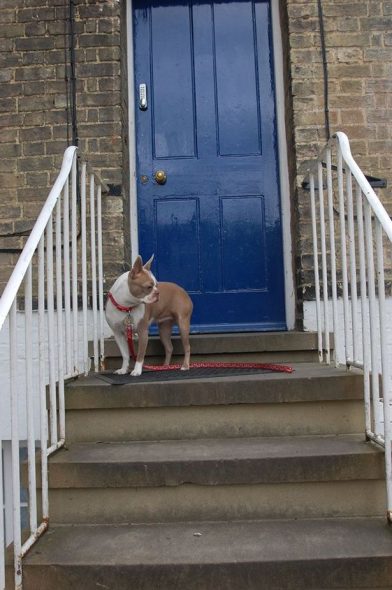 Well, as luck would have it, Edie and Sharpe were reunited on May 2nd.  The Arbury Road Vets had someone turn Edie in to them, and they got in touch with Sharpe as quickly as they could.  Sharpe was actually on her way down to the local police station to see if anyone had reported anything further about Edie when they called her to say that she was there safe and sound.

“All this publicity definitely helped to get her back.  The children at school were so sad and upset today – it will be lovely to share the happy news with them tomorrow.  Thank you again for writing up this ‘lost dog’ story!  We’re over the moon to have a happy ending to it.”