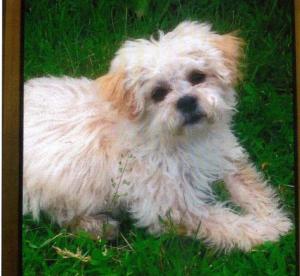 Police in St. Paul, Minnesota may still be looking for the people responsible for taking Kika, a white poodle-Yorkie mix, from her family at a gas station.  But the Tobars are happy just to have their furry family member back.  Even though this wasn’t exactly the biggest heist in St. Paul’s history, it at least has a happy ending for Kika and her family.

The Tobar family was at a gas station when Kika was taken from them.  Police immediately publicized the dog knapping, and were all over Facebook and Twitter releasing images and surveillance video of the suspects.

Isabel Orbe and husband Danilo said they had taken Kika for a walk the afternoon she was taken from them.  They had stopped at the convenience store briefly and were unsure if they would be allowed in with their dog.  After only being in the store for less than five minutes, they came out to find Kika was gone, and no one in the immediate area saw anything.

Someone other than one of the people in the videos or pictures released by law enforcement officials was responsible for turning in the 3-month-old pooch to police on Saturday.  Police are still looking for those depicted in the images, and have said they will not stop until the responsible parties are found and proper justice is served.

“This is what it’s all about,” said St. Paul Police Sgt. Ron Jeffery during the reunion he helped make possible Saturday. 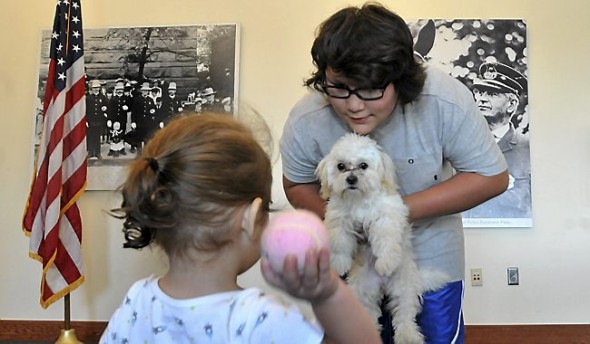 10 thoughts on “Dog Stolen at Gas Station Returned to Family”