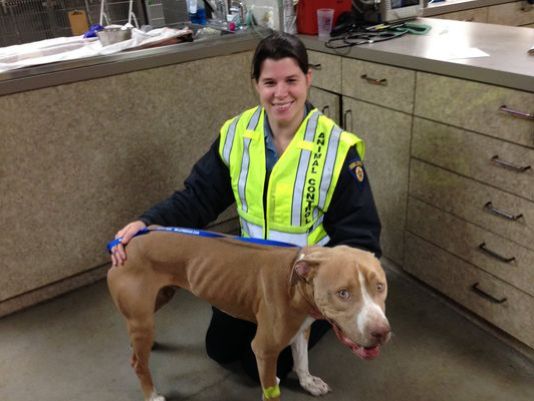 Bundy is back with his family today.  The dog from Houston went missing on Halloween, and somehow, on November 13th was found perched on a toll road bridge.  While attempting to get the dog off the ridge safely, the dog jumped off, landing 100 feet below.

According to police reports, Animal Control Officer Lisa Stem responded to a call on SH 45 Toll Road.  The call came in at around 8:30 pm, stating that a dog was sitting on a concrete slab on the wrong side of the guard rail on the bridge. 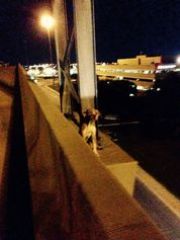 Stem, along with fire and police, made numerous attempts to rescue the dog safely.  However, Bundy had other ideas, and jumped.  He landed onto Louis Henna Blvd below, and managed to run into a parking lot.

Back on ground level, Stem was able to finally get to Bundy, and administer first aid.  He was then taken to Emergency Pet Care of Round Rock.  Miraculously, Bundy showed no broken bones, and no internal bleeding.  Bundy was actually OK.

Bundy had a microchip, so it wasn’t too difficult  to locate Bundy’s family.  They have since been reunited, and Bundy is still in good health.