That’s right folks, we have ANOTHER foster failure, which is not really a bad thing at all.  A female pit bull that was thrown off a 15-20-foot cliff in California and survived thanks in part to a bush breaking her fall has been adopted by the family that was fostering her.

The incident occurred not that long ago in Los Angeles, and the whole thing was caught on a home surveillance system.  Witnesses said the dog was thrown in the air over a cliff that was quite steep.  Had there not been a bunch of bushes down below, we might be telling a very different story.

A man named Reuben Roque had agreed to foster the dog, and his family took to calling her Hera, after the Greek goddess. 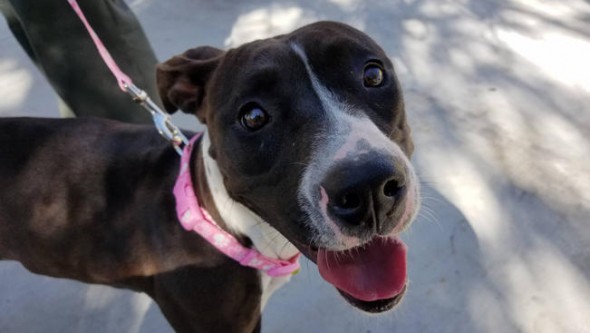 “It’s been rough just not knowing which direction things were going to go and it was such a waiting game,” said Roque on adopting Hera.

Law enforcement and animal control in the area are working together to figure out who threw poor Hera over the cliff and arrest them so they can be brought to justice.  So far the investigation is still ongoing, and no arrests have been made.

Hera has been fixed and microchipped now, and Reuben and his family fell in love with her.  She’s a wonderful and patient dog, and despite being treated in just about the worst way we could imagine, she’s still 100 percent full of love.  The family knew there was no way they weren’t going to make her a permanent addition. 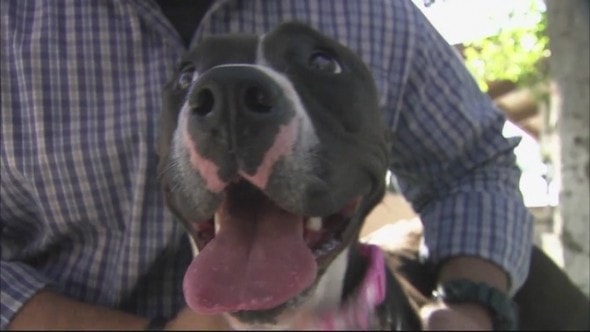