Luna was mercilessly pitched over a bridge into a fast-moving river after a lifetime of neglect.  Fortunately, an animal rescuer happened to be right behind the driver, and saw her land.  She got her the care she so badly needed… and a new family. 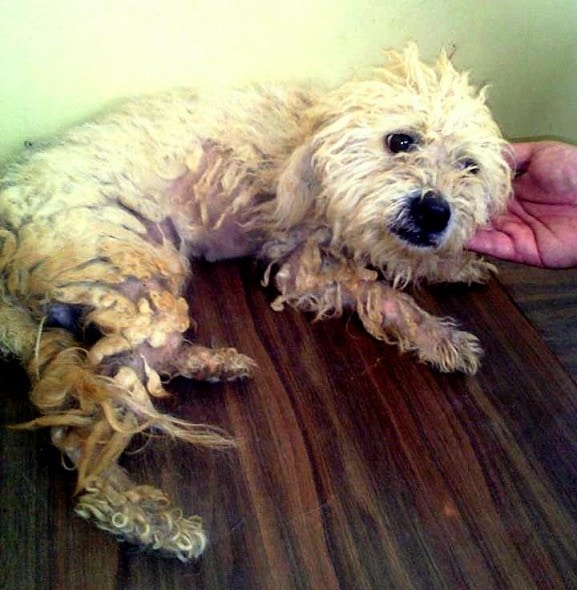 Flori, a team member of Charlie’s Angels, a rescue group out of Costa Rica, was driving across a river when she saw the driver ahead of her throw what at first glance appeared to be a white garbage bag.  But then she saw that it was a dog – a dog who, despite her horrific treatment, ran along behind the car, trying to reach her rotten family. 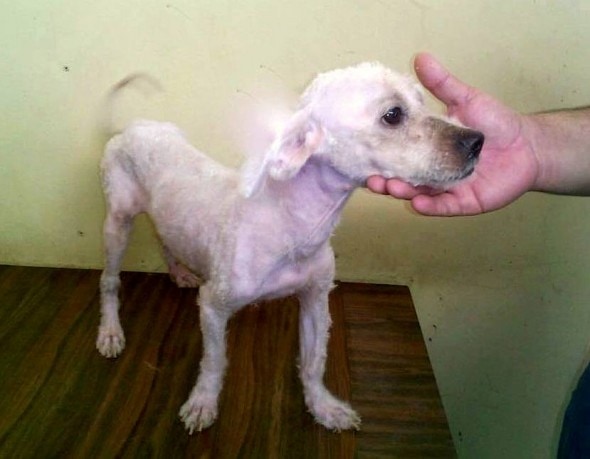 The rescuer noticed that the dog’s fur was so badly matted that she could barely move.  The fur on her tail had become enmeshed with the fur on her hind legs.  Flori believed she had likely been chained up her whole life. 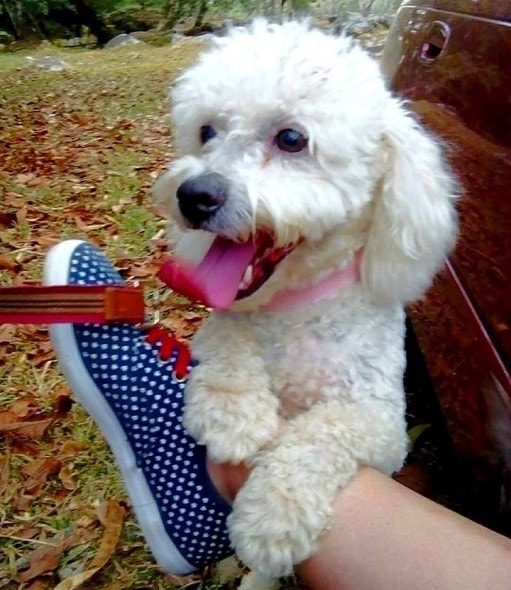 She stopped her car and scooped up the little dog.  The poor girl was in much worse shape that Flori could have known.  A vet visit determined that she had spiked a fever, was very anemic, and quite malnourished. 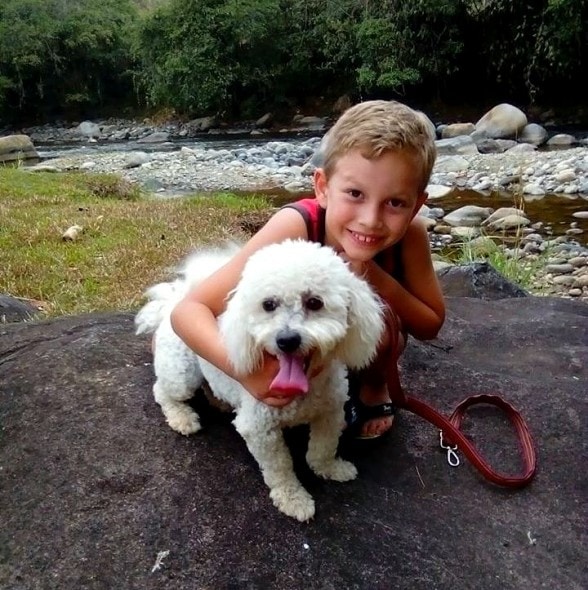 Donations made it possible for her to recover from her lifetime of misery.  She now lives in a happy home, and has a five-year-old boy who loves her like mad. 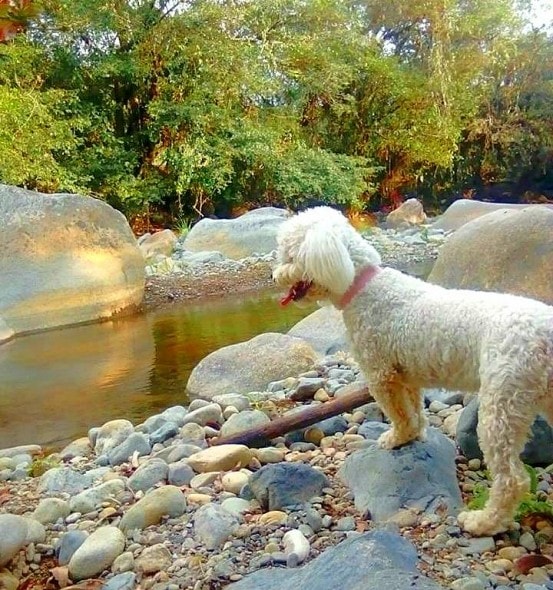 If you would like to help Charlie’s Angels continue saving the street dogs of Costa Rica, please click here.