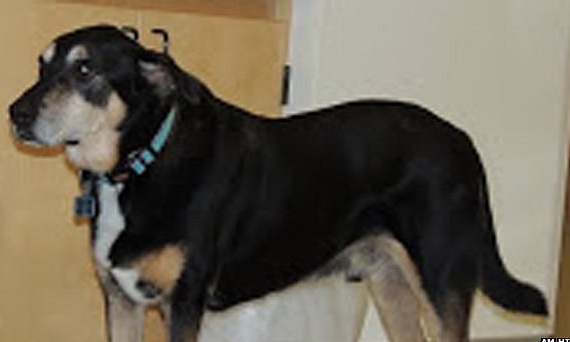 German shepherd Frankie has been trained to be one unique dog.  A group of researchers at the Arkansas University for Medical Sciences have trained him to detect thyroid cancer with an 88% degree of accuracy.

At first, the researchers used scent imprinting to try to get Frankie to recognize a particular smell in patients.  It was based on research that showed some dogs could detect differences in the urine of sick patients, and those without disease.

“We’ve all looked at it from a skeptical, scientific standpoint, but the data just keeps leading us to the fact that this has remarkable clinical potential,” said Arny Ferrando.  Fernando is one of the lead researchers, and made the comments in a press release from the school.

For a total of six months, Frankie and the students at the research lab worked on smell imprinting.  Frankie smelled blood, tissue and urine samples from patients that had cancerous thyroid growths.  Frankie was then taught to turn away when presented with samples containing benign thyroid disease, and to lie down when a sample with metastatic thyroid carcinoma was presented.

After all of that training, Frankie was presented with some real samples of individuals that were patients at the clinic.  Just to be sure no one could tamper with results, Frankie’s results were checked against surgical pathologies without anyone knowing any results until after medical testing was completed.

It turns out that Frankie was 88% correct in being able to determine which specimens actually had the cancerous version of the disease.  Of 34 patients tested, he was able to detect that in 30 of them were the smells that come along with the disease.  Smells no human could ever detect.

“Detecting and diagnosing thyroid cancer can be difficult, because it’s often looking for a very small number of occurrences in a very large background of benign nodules. It is also difficult to say with certainty that a patient is cancer-free after surgery,” said Donald Bodenner, director of the thyroid center at the university and chief of endocrine oncology.  Bodenner was also a lead researcher in the study.

“Having a technique with which to do these things with a higher degree of certainty would be a tremendous advance in thyroid cancer,” he said.