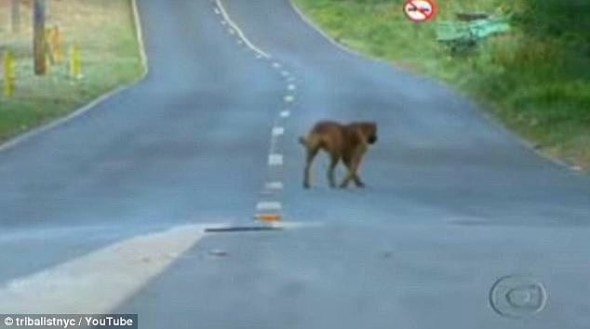 Every night for the past three years, a junkyard dog in Brazil has made a five-mile* journey along dark and dangerous roads so she can retrieve a bag of food for her friends – another dog, a cat, and several chickens.  At first she left home to feed her puppies, but now she still makes the journey so she can feed her friends.

Lilica was recently caught on video making her journey from Neile Vania Antonio’s São Carlos junkyard to Lucia Helena de Souza’s home.  She met the stray, who was born in the junkyard, a few years ago and began feeding her, as she does the other strays. 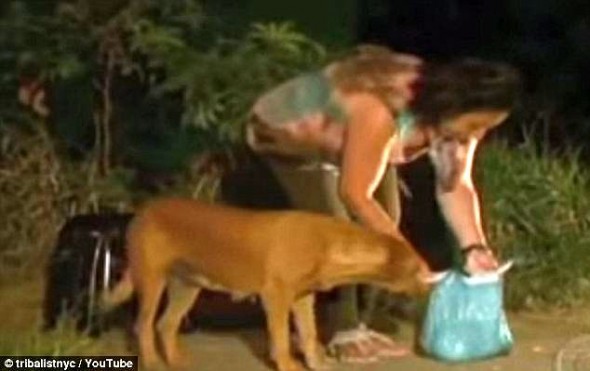 “She walked and sniffed the garbage bins – that called my attention – I thought she was homeless,” Lucia said.  “It was then that I called her and offered some food…. I realized that she ate and then stared at what was in the bag.”

A neighbor suggested that perhaps Lilica was looking at the bag because she wanted to take it with her.  So Lucia tied the bag up and handed it to her, and she trotted away with it. 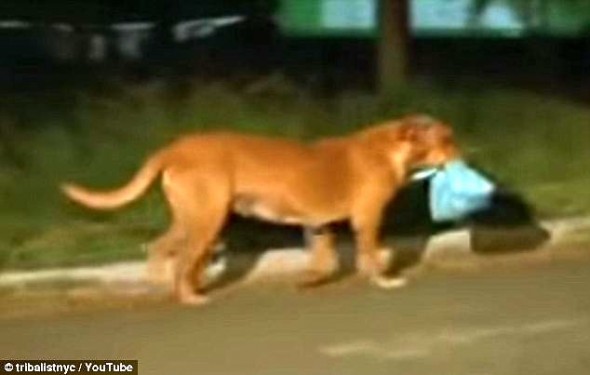 When her puppies were grown and adopted, Lilica continued to bring food home for others.

“In the beginning, she brought food to her puppies, but in time she began bringing food for the other animals here in the junkyard, as well,” Neile explained.

Now Lucia packs a bag of sausage, rice and beans and waits in a field for the faithful dog to arrive.  Lilica gets there around 9:30 pm, eats her fill and then waits for Lucia to tie up the take-out bag and heads home.  When she returns to the junkyard, the other animals take turns eating. 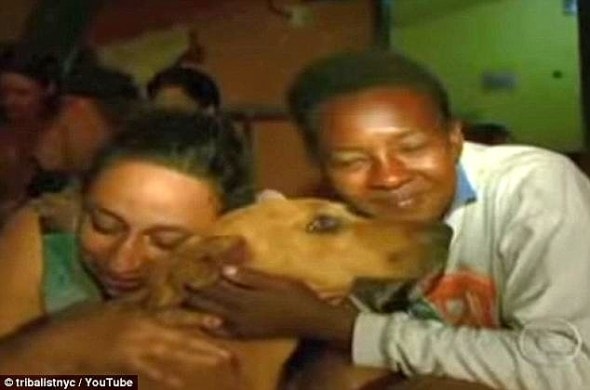 “I don’t travel, I don’t go places and stay for too long because of her… because I know she relies on me, so it’s a commitment that I have with her, and a commitment she has with me too, ’cause she comes every day,” Lucia said.

*This story was originally published stating that Lilica walks eight miles each night (four miles each way), but it has come to my attention that in the video the subtitle says four miles, and the narrator actually says (two?) kilometers, making the total trip about 2.5 miles.  Other reference articles had also been published with the erroneous information, but this one has now been corrected to the best of my knowledge!  =)