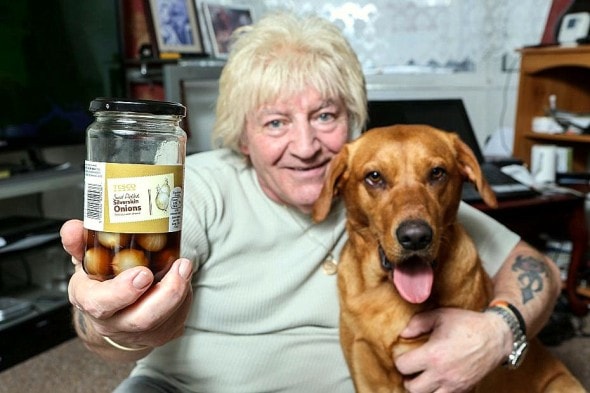 A UK man says his life was saved at the last moment when his dog performed a modified version of the Heimlich maneuver after he nearly choked to death on a pickled onion.

Alan Spencer was snacking on some crackers and pickled onions when one of the veggies became stuck in his throat.  He spent three minutes desperately trying to dislodge the object, and his life was slipping away.

“I felt myself going completely. I felt the life going out of me. I was absolutely petrified. I couldn’t get a breath in,” he told Metro.  “It had been maybe I guess three or four minutes without a breath. I felt myself drifting away and I knew that was it and I was blacking out.

“I had a terrible pain in my chest and head and I was shaking all over – convulsing really. I fell to the floor and I was fighting and fighting for air and to get to the door. The poor dogs didn’t know that was going on. They were going mad.” 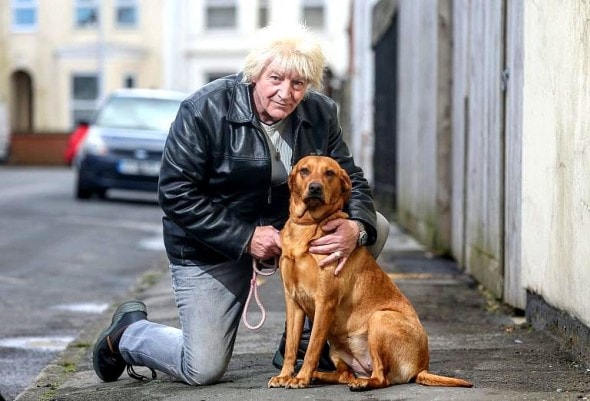 “I fell to the floor and I was fighting and fighting for air and to get to the door.  All of a sudden out of the blue I felt this almighty crash on my back and it was Lexi.

“She had just jumped straight up in the air and landed right in the middle of my back.  All of a sudden the piece of onion shot out of my mouth and I could breathe again.”

Though his back and throat are a bit sore, Spencer is alive, and a minor amount of pain is certainly a fair trade for one’s life.  He says that any time he has even a “slight cough now Lexi turns her head quickly.”

“People will say they are only animals and they don’t know what they were doing, but Lexi is so clever. She is very canny. She saved my life most definitely,” Spencer said.  “If it wasn’t for her I honestly don’t think I would be here. Normally I don’t speak like that, but looking back on the whole situation if it wasn’t for her actions I would be dead – lying in that passageway dead.” 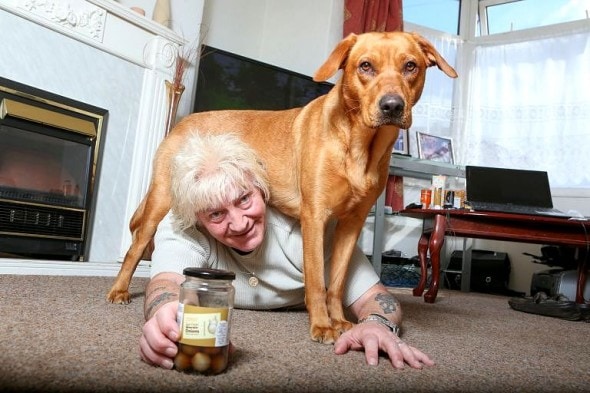