Davos is an energetic and happy-go-lucky Bernese mountain dog who loves nothing more in the world than to chase a ball.  One day, Davos and his human, Al Cooper, were “discussing” his fetch skills, and how they could use his skills to do some good for their community.  That’s when they decided they’d hit the local golf course to retrieve lost golf balls, sell them, and donate the money to a shelter. 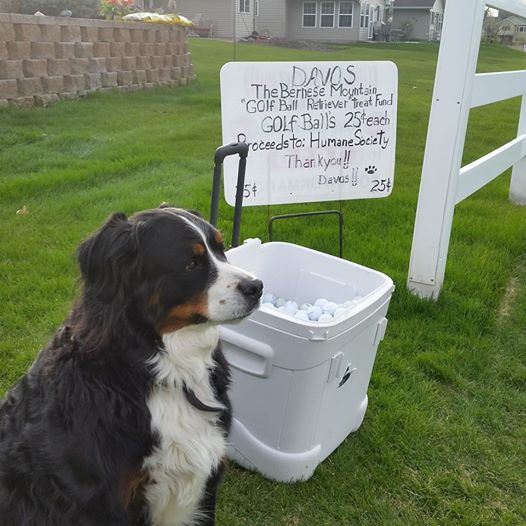 Cooper says that while he does enjoy golf, he’s not exactly very good at it and has a tendency to lose golf balls occasionally.  If you didn’t know, a decent pack of balls is NEVER cheap, so Cooper came up with the idea of bringing Davos with him to the course.  Davos was already good at tracking and retrieving, so maybe he’d be good at reclaiming some of the golf balls he’d otherwise never be able to find on his own. 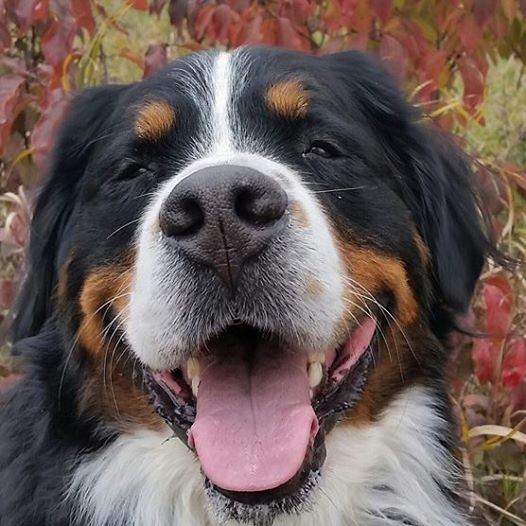 When going to get the balls Cooper would hit into the woods, Davos would often come back to Cooper with more than just his missing ball.  He would actually bring back a few that he happened upon while looking around, and that was the seed that started this whole idea. 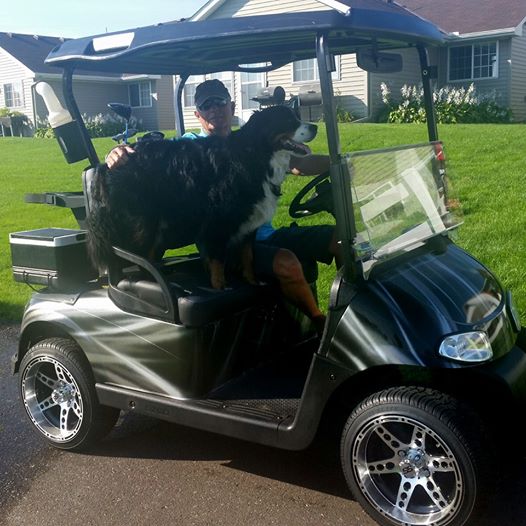 Now, Cooper and Davos are regulars at a couple of local golf courses.  Davos collects as many balls as he can, then Cooper cleans them up to be sold at 25 cents each.  They then take that money and make a donation at a local shelter.  The pair have been a smashing success so far, having sold about 400 golf balls and making a sizable donation to the Animal Humane Society of $100! 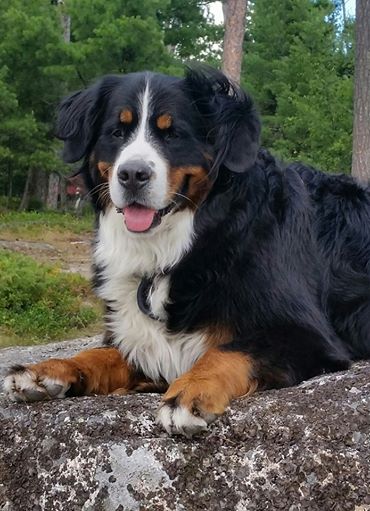 Cooper and Davos’ efforts eventually caught the attention of local news stations.  They’ve done feature stories in the area on the charitable pair, and the extra exposure has caused their operation to skyrocket.  It would seem that the first $100 they’ve donated will be one of many others they’ll be making in the future.