According to Cheri Glankler, a dog rescuer in Garden Valley, Idaho, in the twenty some years she’s been doing rescues, she’s never had a dog who was a survivor quite like Mo.  Mo is a twelve-year-old Chesapeake Bay retriever, who at the ripe old age of twelve, survived on her own for nine months in the mountains.

When she first met Mo, she was in terrible condition, but it wasn’t something that Glankler hadn’t seen before.  She was found collapsed on a ranch off the local freeway, completely covered in fleas.  Glankler took her in, and immediately tried to see if there was a family that was missing her. 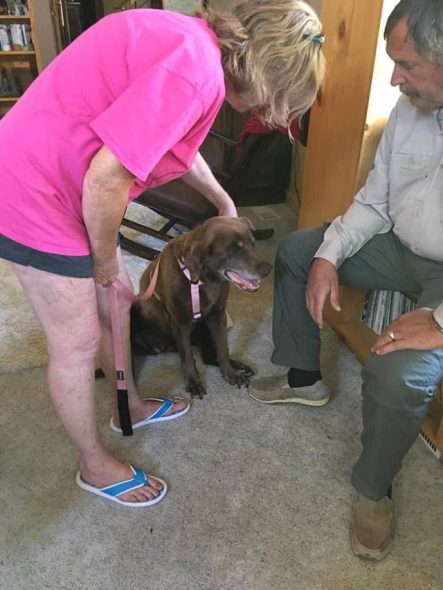 Almost immediately hits began coming in about a dog who was lost in the area back in September of 2016.  This dog she had found looked a lot like that dog, albeit very underweight and covered in fleas.  In a very short matter of time, it was confirmed that she was in fact Mo, the dog who went missing oh so long ago!

Mo is part of the Cameron family who live in Boise.  Mo was a regular on the hunting and hiking trips that the Cameron family takes, and has never just taken off like she did before.  Even with that, it wasn’t her first time in the area, so it’s kind of odd that she ended up so lost.

The Camron family stayed in the area for three months searching for her, but she was nowhere to be seen.  Once winter in the area really settled in, the Cameron family all but gave up on ever seeing Mo again.  The weather was particularly harsh, and that goes double when you’re up in the mountains.  They still missed her very much, but survival for a young dog in those conditions would be extremely difficult, let alone a twelve-year-old. 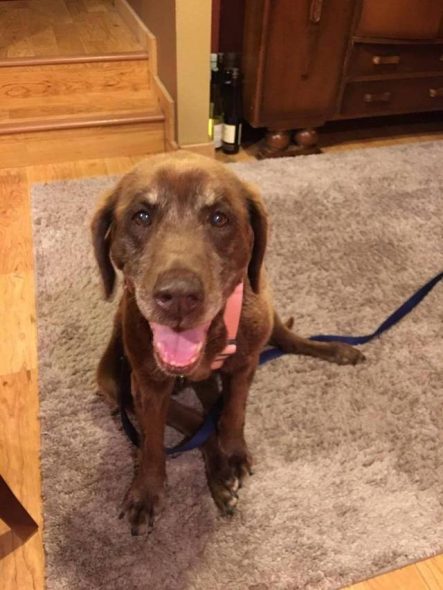 Well, as luck would have it, this dog that Glankler had found was Mo.  Glankler got a hold of the Cameron family to let them know that Mo was alive!  She might not have been in the best of conditions, but with some TLC she was expected to pull through. 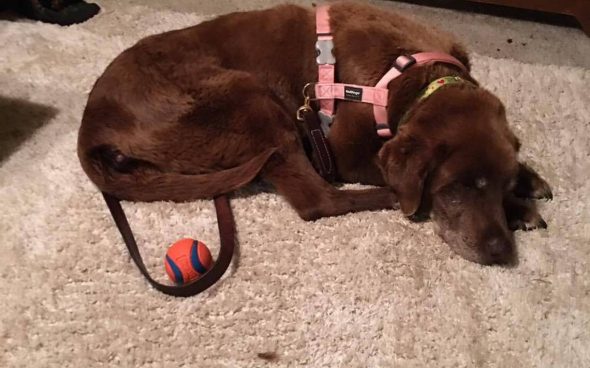