For nine sad years, animal rescue worker Jessica Cochran visited Edith, a dog chained outside 24/7, doing anything she could to make her life better.  Finally, when Edith’s family moved, they gave her up, and Jessica was able to adopt her and give her a real home. 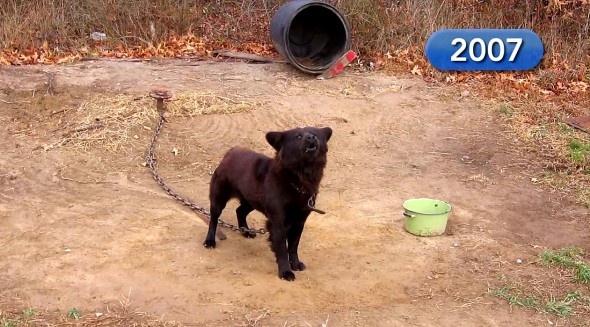 Jessica is the field operations manager of Community Animal Project.  In 2007, she saw Edith chained to a barrel in a big patch of dirt.  She felt bad for her, and over the years, provided Edith with a house, fresh food and water, toys, treats, and lots of attention. 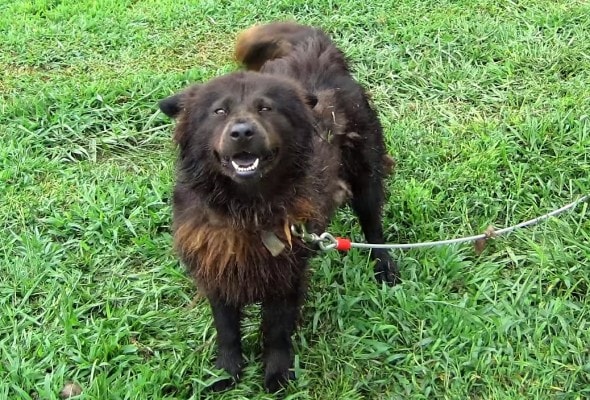 One day, Edith was gone.  Jessica had no idea what happened to her, and was worried sick.  But two years later, PETA found her.  Jessica was elated to be able to see her again.  Edith remembered her, and immediately flopped over to receive a belly rub. 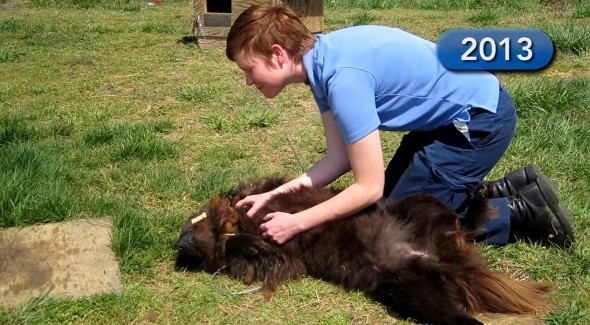 Then in March of 2016, Edith’s owners surrendered her because they were moving.  Jessica jumped at the chance to give Edith the home she always deserved, and now she’s living happily ever after. 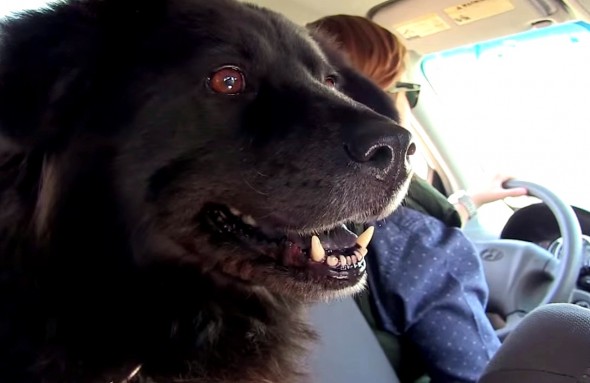