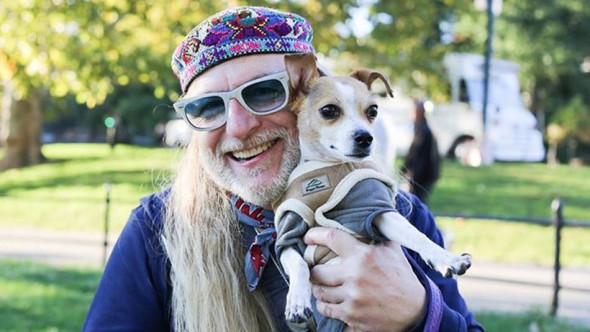 On October the 11th, Humans of New York (HONY) shared a photo and small story about a dog suffering from PTSD.  Living in a high-kill shelter situation put a mental strain on the poor dog so badly, she’s ended up needing very special care.  But now she’s getting some much-needed support – from other dogs. 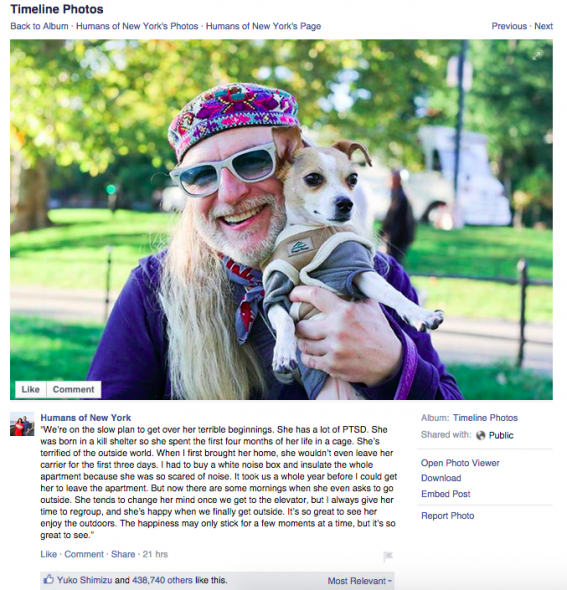 Her inspiring story has garnered her and her human quite a following.  In a massive outpouring of support, she’s received more than 400,000 likes on Facebook alone, not to mention the TONS of attention she’s received on other forms of social media. 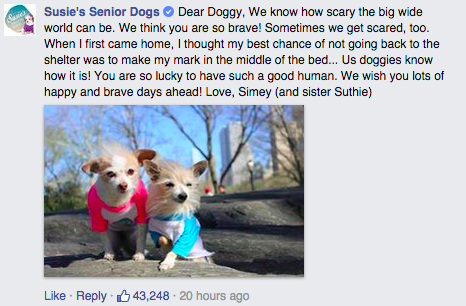 “We’re on the slow plan to get over her terrible beginnings.  She has a lot of PTSD.  When I first brought her home, she wouldn’t even leave her carrier for the first three days,” said her human. 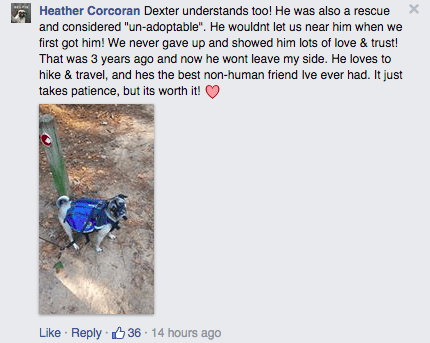 Through help and therapy, she is doing much better.  Having that many friends, even if only through social media websites, has got to be a massive boost to the ego as well.  She’s gone from a dog literally afraid of every single thing there is in the world, to actually being able to have a more normal life. 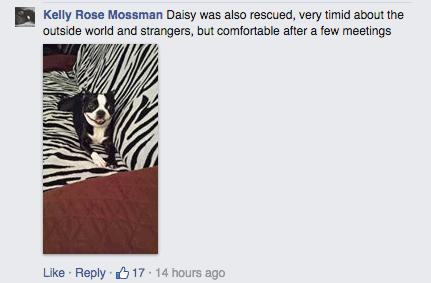 “She tends to change her mind once we get to the elevator, but I always give her time to regroup, and she’s happy when we finally get outside. It’s so great to see her enjoy the outdoors,” said her human. 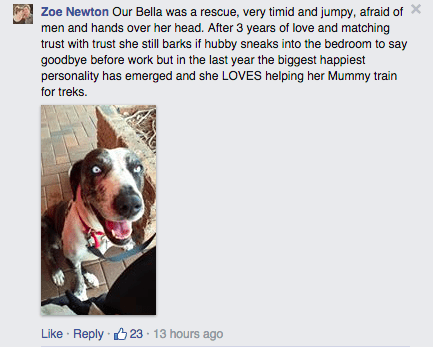 There is still much ground to cover before she has seen things to completion therapy wise.  However, she’s living proof that with just a little bit of love, care and affection, anyone can get back to living life for the moment, and not be so overwhelmed by one’s past. 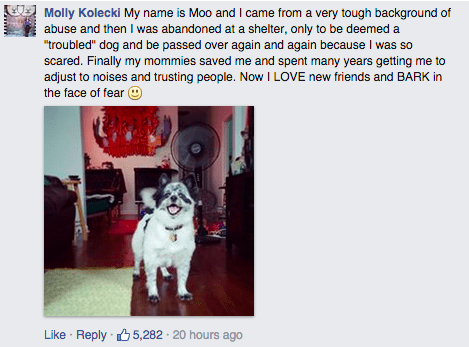