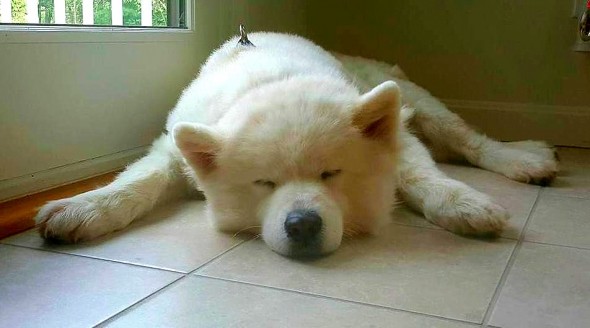 Kenji, a dog bred to be dinner, was rescued from South Korea and brought to the US.  He didn’t seem to like other dogs very much – maybe he’d just seen enough in his time on the meat farm.  But when he was reunited with Sophia, a lass he’d once been had puppies with, he completely lit up with joy! 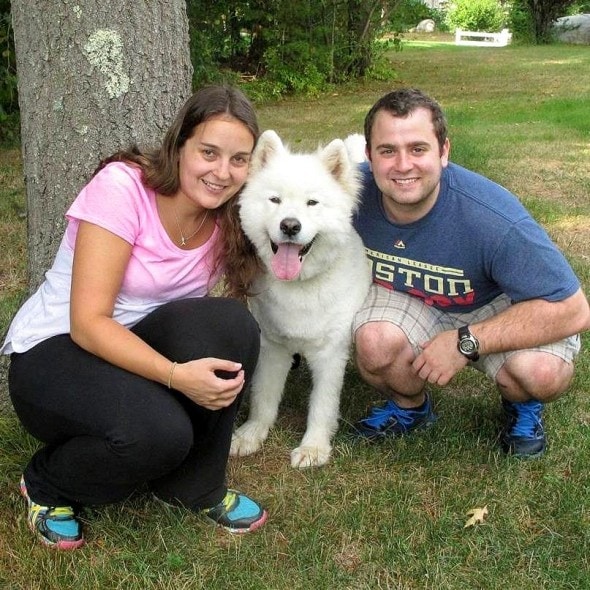 Both dogs were rescued by Jindo Love, and then Kenji went to Sweet Paws Rescue in Massachusetts.  Lindsay Goldstein adopted him shortly after.

“He’s the sweetest dog,” she told The Dodo. “He’s so calm and affectionate, and loves attention and belly rubs. When he’s excited he lets us know with his deep howls.” 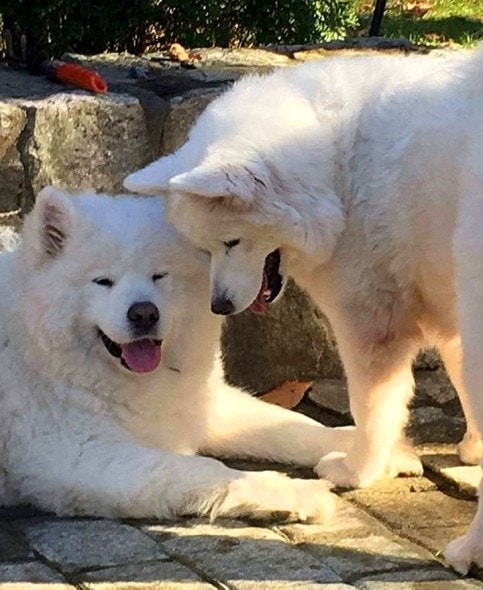 Though he adjusted well to life in his new home and loved his new family, it seemed that he wasn’t meant to be around other dogs.  His family knew about Sophia, his former mate, who had been adopted by another family.  The pair hadn’t seen each other since they were in South Korea, but Goldstein tracked down Sophia’s family and arranged for them to meet. 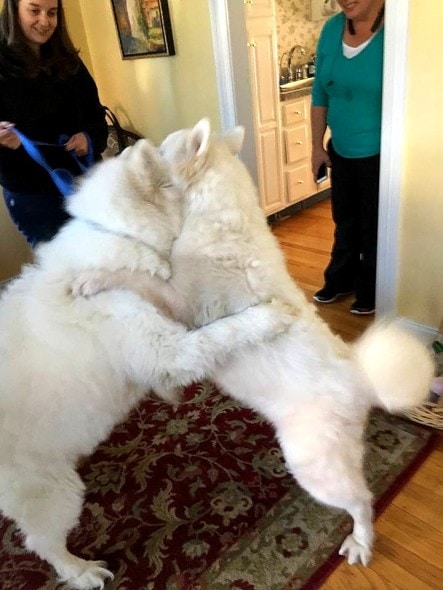 No one knew if they’d remember each other, but as soon as they were together, it was plain to see that not only did they remember one another, but the fondness they shared.

“When he saw Sophia, it was obvious they remembered and loved each other,” Goldstein said. “He’s not great with other dogs but it was clear he loved Sophia!”

They were ecstatic to be together, and cuddled, chased, and jumped around like mad. 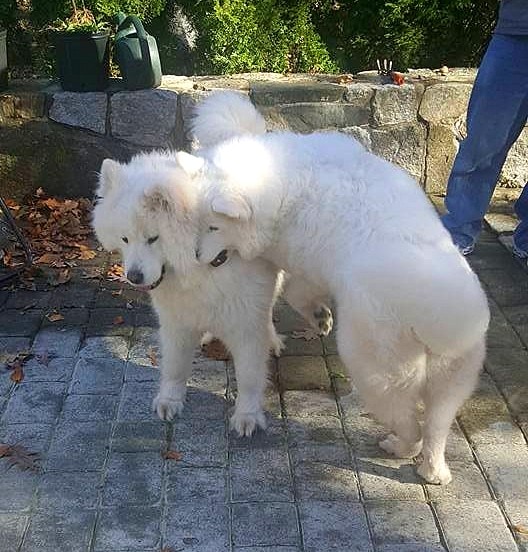 “He had more energy than ever that day and loved running around the yard with her.”

Only time will tell if Kenji ever enjoys being around other dogs, but hopefully the reunion he had with Sophia won’t be his last.