In Defense of Animals has pulled off a HUGE rescue!  Thier team dubbed “The Slaughterhouse 5” have save some dogs from a South Korean dog meat farm, and made a video to document everything!  They’ve even made up a nice press release to go with it!  Way to go In Defense of Animals!

Atlanta, GA (July 1, 2016) – Five dogs destined to be killed and eaten landed in the U.S. on Wednesday as part of a rescue mission by international animal protection organization, In Defense of Animals. Billy, Valencia, Barbara, Kurt and Paul, dubbed the Slaughterhouse 5, were just hours from death when they were saved from a dog meat slaughterhouse in South Korea. The dogs took their first steps of freedom on U.S. soil at Hartsfield-Jackson Atlanta International Airport after a 7,000 mile journey from South Korea. They have been taken to In Defense of Animals’ Hope Animal Sanctuary in Grenada, Mississippi, which is now appealing for adopters to give the dogs a new life.

“We are thrilled to have rescued five dogs from the jaws of death; they are our very own Slaughterhouse 5,” said In Defense of Animals President, Dr. Marilyn Kroplick. “These fortunate survivors are ambassadors who represent millions of dogs brutally slaughtered and eaten each year. Culture and tradition are no excuse to force animals to suffer to satisfy our appetites.”

The dramatic rescue saw the dogs negotiated away from a dog meat slaughterhouse, just weeks before Korea’s dog meat feast days. Tragically, it was too late for several dogs who were slaughtered, butchered and eaten before rescuers could secure their release.

Despite the terrible treatment they have been subjected to, the dogs greeted rescuers with wagging tails before being driven to In Defense of Animals’ Hope Animal Sanctuary in Grenada, Mississippi.

The charity is now calling for experienced dog guardians to provide loving, understanding forever homes for the Slaughterhouse 5. “We are so thrilled to be able to help these precious few dogs, and cannot wait to give them the loving homes they deserve” said In Defense of Animals’ Hope Animal Sanctuary Operations Manager, Sharon Stone. “These dogs will need patient, experienced guardians who can help them overcome their traumatic past and enjoy full, rich lives. Please get in touch if you are able to offer a loving forever-home.”

Two and a half million dogs are purported to be killed for food every year in South Korea. Although relatively few South Koreans eat dog meat regularly, and younger South Koreans are moving away from eating dogs altogether, the industry is worth over $200 million.

China’s infamous Yulin dog meat festival has just concluded for another year, but South Korea’s own dog meat feast is only just beginning. In Korea, Boknal Days are held on the three hottest days of the year between July and August. If it were not for the intervention of In Defense of Animals and its partners in Korea, the Slaughterhouse 5 would certainly have been killed and served as dinner, either during Boknal Days or before.

The Slaughterhouse 5 are Jindo dogs, known for their fierce loyalty and and brave nature, and recognized as South Korea’s national breed. Jindos and similar yellow dogs are farmed for their meat in South Korea. They endure horrifying treatment on the country’s many dog meat farms, akin to the mass suffering inflicted on animals in our own factory farms.

Dog meat dealers are also known to buy animals who have been dumped or stolen illegally from homes – often still wearing their collars.

Whether they are companions or bred specifically for their meat, trucks are stacked with hundreds of dogs crammed alive into wire cages to transport their grim cargo toward the slaughterhouse. They are transported without food or water, and many suffer broken bones or perish before reaching their final destination. Those who survive can only wait their turn as they watch other dogs being tortured and killed for human consumption. Some believe that terrorized dogs taste better or will give better health benefits, leading to intentional torture of dogs before they are eaten, through beating, hanging, electrocution and any other cruel method that can be thought of.

Apply to rescue a dog from In Defense of Animals Hope Animal Sanctuary via email [email protected] or call 662-392-8939.

Please support the continued work of In Defense of Animals to protect dogs in South Korea http://www.idausa.org/5dogssaved. 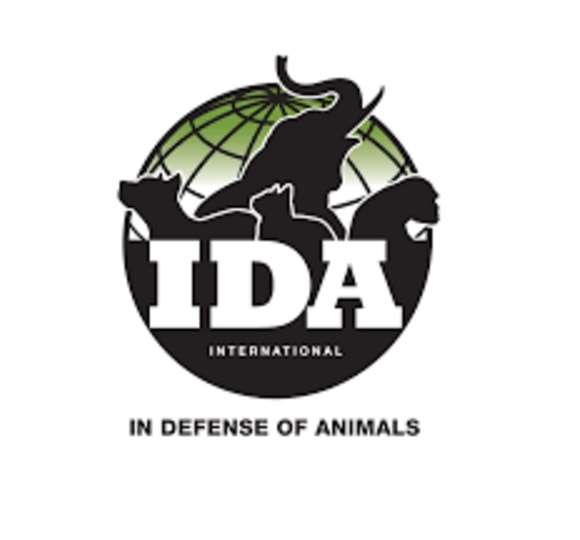 In Defense of Animals is an international animal protection organization located in San Rafael, Calif. dedicated to protecting animals’ rights, welfare, and habitat through education, outreach, and our hands-on rescue facilities in India, Africa, and rural Mississippi.

Since 1993, In Defense of Animals’ Hope Animal Sanctuary has rescued, provided refuge, and fought for justice for abused animals in rural Mississippi. In a region devoid of animal shelters and other vital animal control services, the ongoing work of Hope Animal Sanctuary is beyond critical in providing hope for animals continuing to suffer in America’s Deep South.