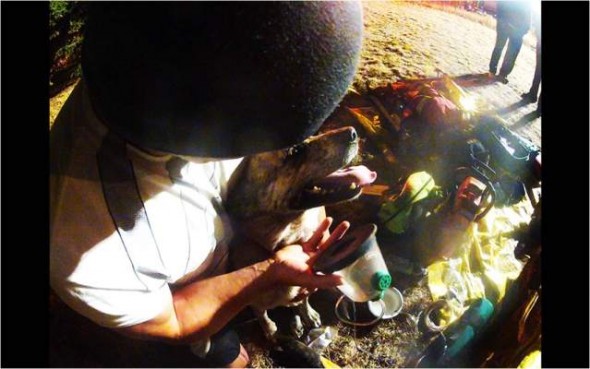 Firefighters in Yakima, Washington are thanking the community for donating a pet oxygen mask which earlier this month saved the life of a dog named Thor.

“Thanks to the donated oxygen mask and special training that the first responders had gone through to deal with pet emergencies, a short time later Thor was happily wagging his tail, much to the delight of his owner, Tim Besheone,” the city of Yakima wrote in a news release.

According to Yakima officials the oxygen mask used to save Thor’s life had been donated by the Yakima Valley Veterinary Clinic.

The need for pet oxygen masks has become more well-known in the past few years.  Five year ago a local radio personality in Yakima County, Lance Tormey, started an initiative to make sure all fire engines in the county were equipped with the masks. The community, with donations like the one from Yakima Valley Veterinary Clinic, have helped make that possible.