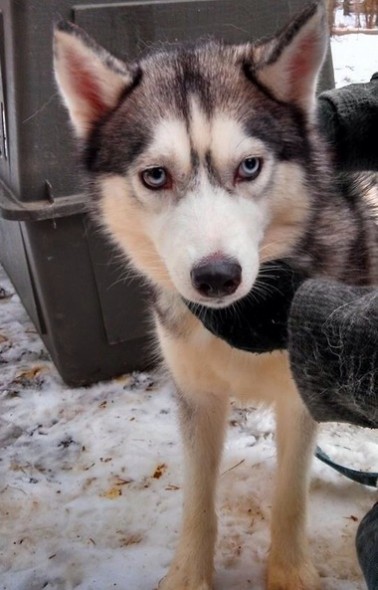 Last week more than 50 dogs were rescued from a New York puppy mill. Now the Oswego County SPCA is seeking donations and foster homes for the rescued dogs.

A breeder in the village of Hannibal, New York handed over 50 huskies and 2 golden retrievers. Some of the dogs had been kept in cages for so long that they weren’t even able to walk.

“This was a horrific situation,” said president of the Oswego County SPCA, Tanya Semchenko.

“This has been a team effort,” said Semchenko. “Everyone is working together in the best interest of the dogs.”

State Police are currently investigating the owners of the puppy mill.

Oswego County SPCA is seeking donations to help cover the cost of food and veterinary care for the rescued dogs. Additional funds raised by Oswego County SPCA will be shared with the other rescues that are caring for the dogs rescued from the puppy mill.

Anyone wishing to make a donation can visit the Oswego County SPCA’s website.