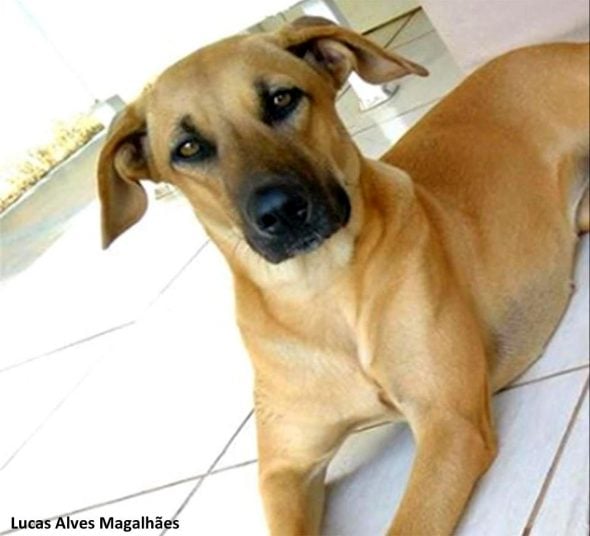 When most dogs play with their new toys, they chew on them or fling them about.  But not Pandora.  When she found half of a set of dentures buried on her yard, she put them in and showed them off to everybody.  She couldn’t stop smiling about her beloved treasure!

Last week, Pandy had been out digging in her Sao Paolo, Brazil yard when owner Lucas Alves Magalhães noticed that she had found something, and had begun proudly prancing around with her discovery.

“I couldn’t see what it was, so I called her in,” he told The Dodo. “When I lifted her head, I almost died from laughing.” 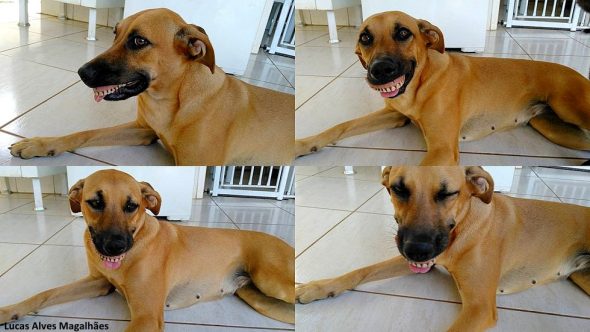 Magalhães was certainly not expecting to see dentures!  Once he stopped roaring with laughter (at least enough to hold a camera steady), he snapped a few pictures and tossed the gnashers away.  Then he got to wondering where the hell those teeth came from.

“An elderly couple owned this house before me, and I think maybe it was theirs,” he postulated.  “They may have changed their dentures and buried this one in the backyard. There’s no other explanation, because I know it’s not ours.”

Pandora was disappointed to have her prize taken away, but who knows, perhaps one day she’ll find the bottom half. 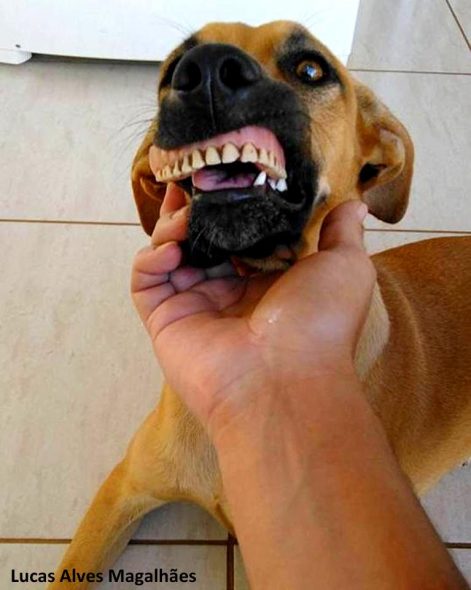