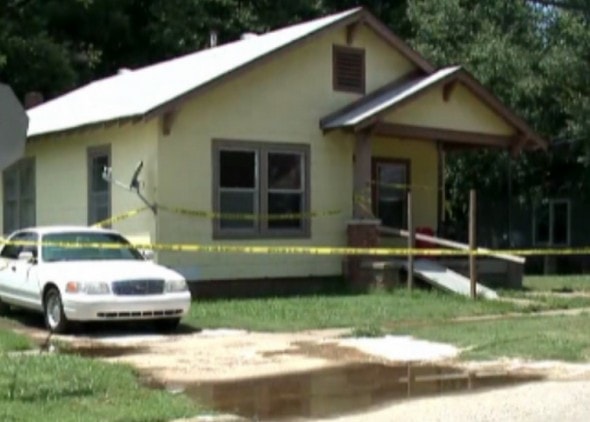 Police in Marianna, Arkansas were executing a raid on a home suspected of harboring a drug ring and got one heck of a surprise.  Including a mass of drugs and paraphernalia, what looked like the beginnings of a dog fighting ring was also discovered, which lead authorities to seize 19 dogs from the property in the raid as well.

During the pre-dawn raid, police happened upon a fenced in area on the property.  Once that was discovered, rescuers from the local Humane Society were called in.  According to the chapter president, Gloria Higginbotham, the property had very clear indications a dog fighting ring was being started up there.

“There was a treadmill there and things, a deer hide that was hanging.  So, we know that’s what’s used to train dogs to fight,” said Higginbotham.

Along with the expected drugs and various items used to make, sell and maintain a drug sales operation, police found several pit bulls and bait dogs.  One dog, a pomeranian, had been tied up as a bait dog and left in extreme heat.

The Humane Society of the Delta in Helena-West Helena is taking all 19 dogs found in the raid.  This will put them at capacity for dogs, and are very much hoping that another local rescue can step in to assist.

More information on the dogs and their status to come as it is reported.