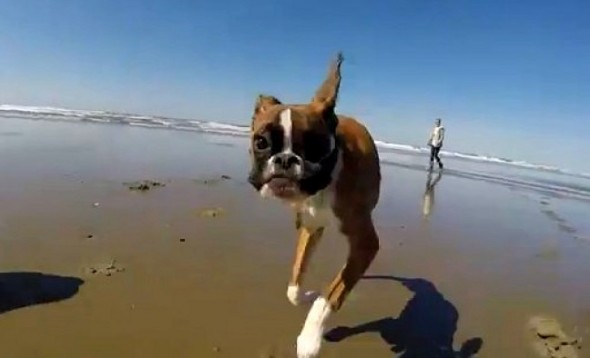 After seeing this video, a case of the “Tuesdays” should be a thing of the past.  As we continue to follow his story, we see that the two-legged Duncan Lou Who has a new level of fame following a video from March 22.  Filmed with a GoPro camera, we can see him happily scurry about the beach and play with his humans and the four-legged dogs as if he were just the same.  In fact, he looks like the happiest and fastest of the bunch! 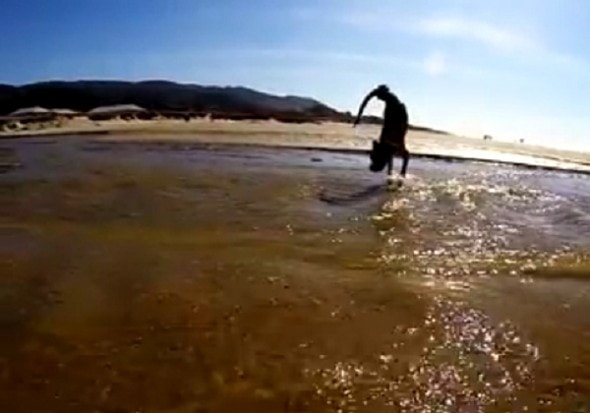 According to Panda Paws Rescue of Vancouver, Washington, Duncan is a nine-month-old boxer “who was born abnormal.”  Due to a birth defect, his back legs were amputated.  He was given a custom wheelchair, but he didn’t seem to care for it much, and it caused more stress than it did help.  Ever since they decided to let him roam without the aid of the chair, and he’s been much happier.

Regular followers of Panda Paws have known about Duncan for a while now.  The video of his first trip to the beach has gotten around 2.5 million views, and more and more people are learning about him and his story. 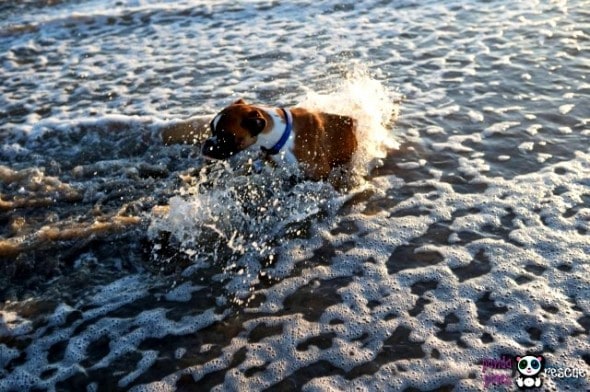 “He is not a candidate for prosthetics because he doesn’t have a femur to attach them to, and we will not use him for experiments to try to find something else that could do more harm than good,” Panda Paws says.  “He is lean, yes. He is a boxer puppy who is missing almost a 1/4 of his body and uses twice the energy of a four-legged dog. The rear half of his body has atrophied as well, from lack of use. He is on the best possible diet and his weight is monitored.” 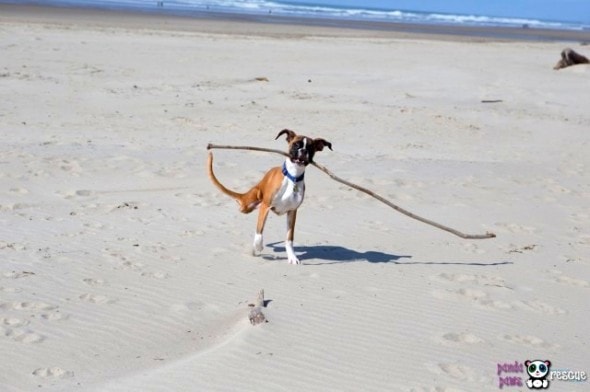 Panda Paws notes that while Duncan is not available for adoption, his story is inspiring many who see the videos of him on various adventures. He may only have two legs, but that doesn’t stop him from living a completely normal life.

“I have a three-legged boy, front left missing and after seeing this, I’m never gonna worry about him again,” said YouTube commenter Suzan Zibar.  “Best video I’ve ever seen.  Thank you. <3”