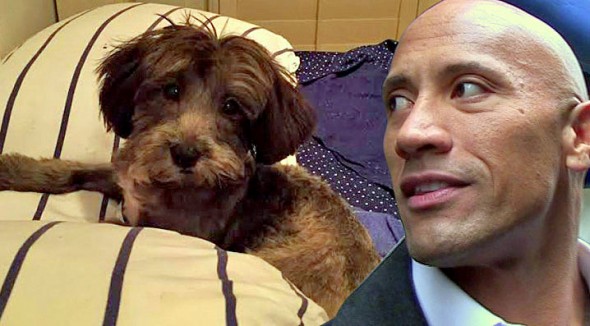 Dwayne “The Rock” Johnson is a well-known dog lover, and he recently showed just how much when he donated $1,500 to a puppy named after him who is in need of a life-saving surgery.

Three weeks ago, this was posted on little Dwayne’s fundraiser page:

Meet Dwayne “The Rock” Johnson, a 4-month-old puppy, who needs your help.  He was dumped at North Central Shelter with a large metal wire wrapped around the bottom portion of his mouth.  It took bolt cutters for the shelter to remove it.  17 stitches later his mouth is healing nicely, but he has much bigger challenges ahead.

Dwayne has a grade 5 heart murmur.  Grade 6 is considered the most severe.  Stress such as the shelter, too much exercise or being left alone or even being kenneled can cause a heart attack.

Thanks to some networking Saving SPOT took Dwayne in today. We named him, Dwayne “The Rock” Johnson because he is going to need to be a great fighter to win this battle.  Now he needs your help… 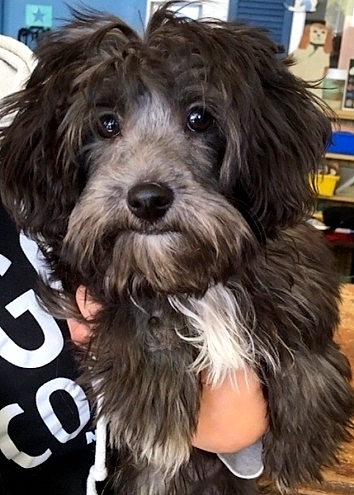 On Thursday, November 12, Dwayne was seen by Dr. Arndt at ACCESS in Culver City. Dr. Arndt diagnosed Dwayne with a grade 6 heart murmur that is being caused by a PDA. The good news is that it can easily be fixed by a surgical procedure. The problem is the surgery costs $4,500.

His surgery is scheduled for December 18, 2015 IF we can raise the funds by then.

When the real Dwayne “The Rock” Johnson found out about his namesake, he donated $1,500 towards the surgery.  After that even more donations came in, including a $365 one that put the fundraiser at its goal.

To see updates on him, visit his gofundme page. 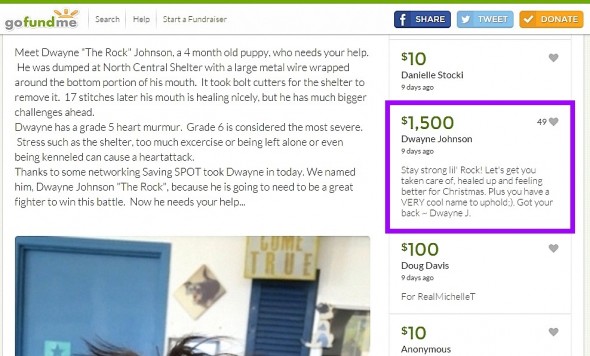