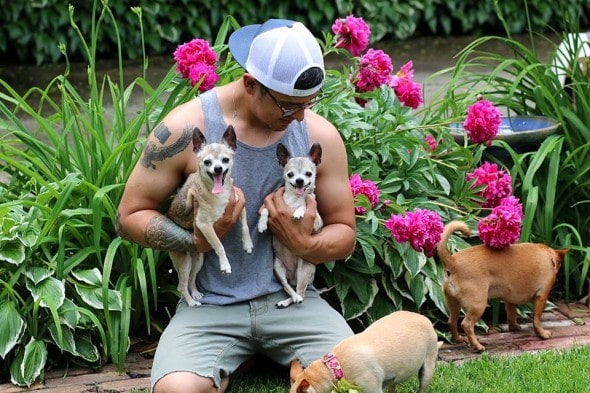 Itzy and Tinkerbell are a senior mother and daughter pair that spent a year at an open access shelter.  Their chances of making it out alive, together, were less than slim.  But when a couple who wanted to honor their recently deceased Chihuahua came to adopt another senior in need, they fell in love with these two and gave them the miracle they needed.

This beautiful story comes from our friends at Trio Animal Foundation:

A MOTHER & DAUGHTER THAT HAD BEEN WAITING FOR A MIRACLE… 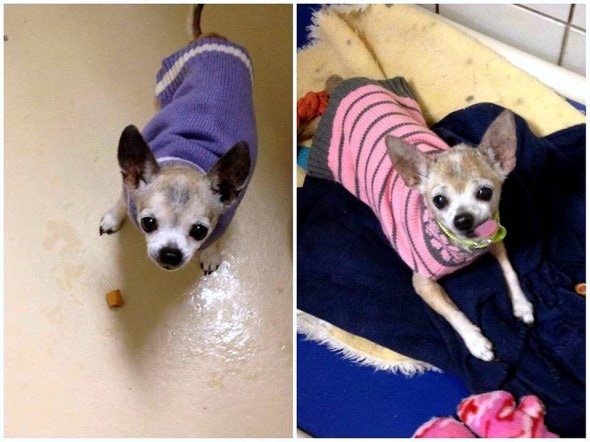 For over a year, this bonded mother and daughter pair have been waiting for someone to find them at a rural open access shelter. At the rate it was going, they would have died there. Knowing that a shelter is no place for a senior dog to live out their twilight years, TAF offered to take them into our care and help to find them a forever home. 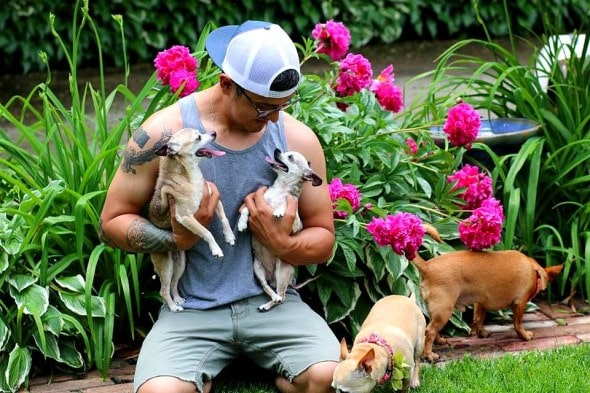 Since we never met these golden girls before taking them into our program we expected the worst and hoped for the best. We knew that their quality of life was always going to be the most important factor in any decision making about their future.

The girls physically looked a little rough when we first met them but their spirits were off the charts. Their energy levels could rally that of any puppy that we had ever worked with. It was obvious that Itzy and Tinkerbell wanted to start living and pick up where they had left off over a year ago. 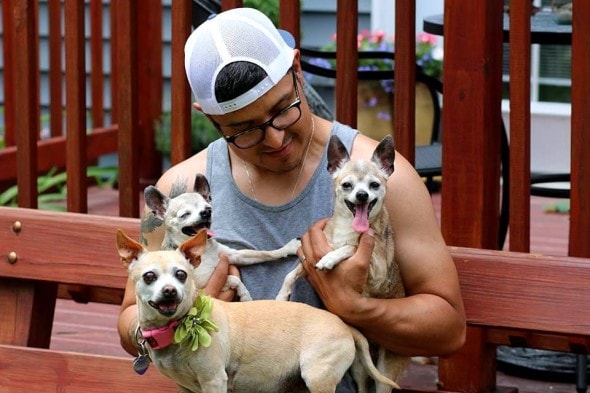 After spending about a month in our care, we are beyond ecstatic to announce that both Itzy and Tinkerbell have found their forever homes… TOGETHER!!! This is truly unbelievable and pretty much unheard of in the rescue world! Most senior dogs do not survive a year in an open access shelter let alone stay together in the process. By some miracle, this mom and daughter pair beat the odds and found their way into one of the most loving and caring homes that we have ever met.

Itzy and Tinkerbell’s new mom and dad said that they wanted to honor their senior Chihuahua that recently passed away by adopting another needy senior Chihuahua. When they saw the girls’ story on TAF’s facebook page, they knew that they could give them both the second chance that they had been waiting over a year for. After multiple conversations with Itzy and Tinkerbell’s future family, it was finally time for big introduction and home visit. 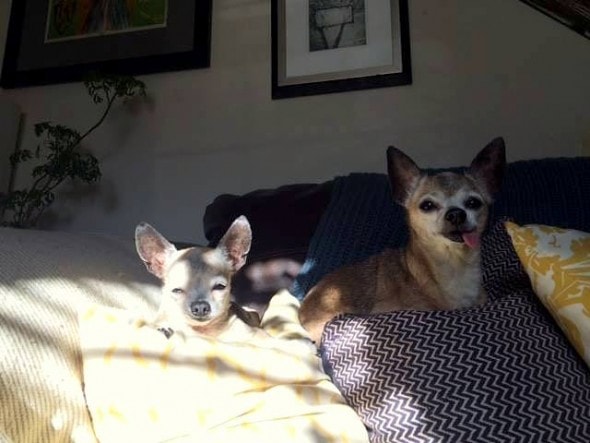 It was love at first sight when Itzy and Tinkerbell met their two new Chihuahua siblings. All of the pups ran around their big fenced in backyard together and then climbed into their new dad’s arms for photos. It was honestly one of the most beautifully touching things to witness. Without a doubt, they knew that they were home.

Not many people would open their homes and hearts up to two senior dogs whose time left on this earth is uncertain… it is singlehandedly one of the most selfless acts of kindness that one can do. If the world had a quarter of the integrity of Itzy and Tinkerbell’s new mom and dad, it would be a much better place. Not all superheroes wear capes, and this is one stellar example of it. 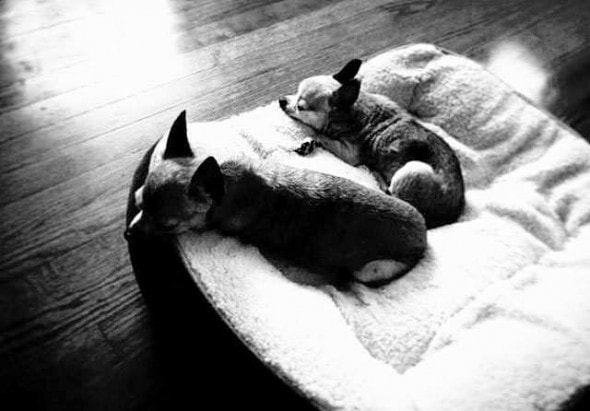