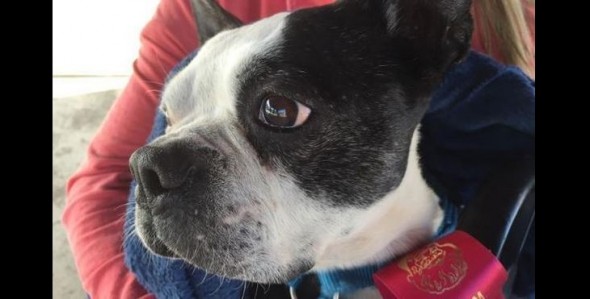 Butch the Boston terrier was never given much of a chance.  After he was basically dumped off and left by his family in Pinson, Alabama, he spent the next two years on the streets eating garbage and doing whatever was necessary to survive.  He was found just before Thanksgiving this year by a family, and they made it a point to make sure Butch had the best end of life scenario possible.

Alicia Buzbee and her daughter, Kansas Humphrey, came across Butch just before Thanksgiving.  Upon finding the dog, they took him to a vet to be checked out, and there was more than just homelessness that was wrong with him.  All that time with no one to care for him left the dog with limited lung capacity, a leaky trachea and a swollen heart.  Humane euthanasia seemed to be the only thing to do.

Alicia and Kansas agreed that was probably for the best, but came up with a smashing idea.  Before Butch left this world for good, they were going to give him the best days he would probably ever know.  He was taken to a fire station to see Santa, and then they threw him a big party complete with guests and gifts at a local park.

The party menu consisted of cheeseburgers and pumpkin pie, and that evening he got to snuggle up with Kansas to sleep.  The family was hoping that giving Butch some much needed TLC would help him come around medically as well.

“The heart can do so many things when it gets what it needs,” said Alicia.

After Thanksgiving however, Butch’s medical conditions took a turn for the worse.  He had to be brought to medical personnel, and he was really struggling to keep going.  So, it was decided with heavy hearts that Butch would be humanely put down, with the best family he had ever known right by his side to the end.  Alicia made sure to look him in the eyes and tell him how much he was loved.

“I wanted him to hear those words and see those faces of the people who love him,” said Alicia.

What an amazing family, and a great way to really show gratitude during this time of year. 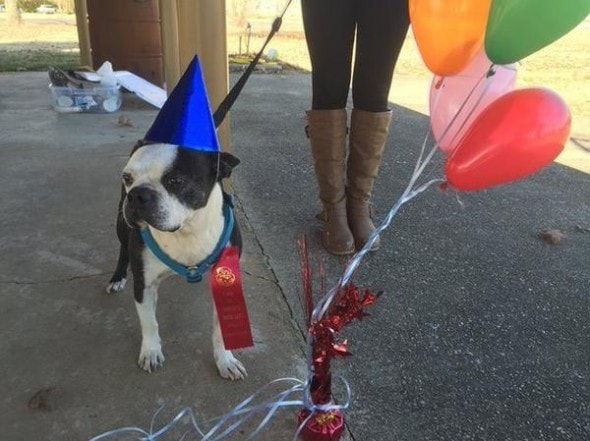